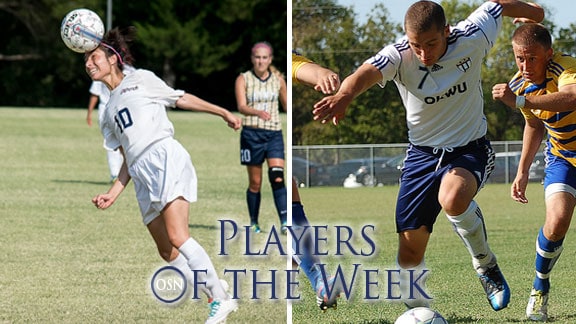 This week’s Oklahoma college Players of the Week are Araceli Flores, SGU, and Jack McGowan, OKWU.

Flores became the all-time leading scorer in SGU history in her team’s 9-0 win over Hillsdale Free Will Baptist on Tuesday and she did it in style, scoring a hat-trick. She had two more scores against Texas College this week and has posted two assists as well.

The 20th ranked Eagles opened the 2015 season with a win over 12th ranked Mid-America Nazarene, 3-2, with the game-winning goal in the 80th minute. McGowan assisted Fernando Machado on that goal and scored a goal himself earlier in the contest.