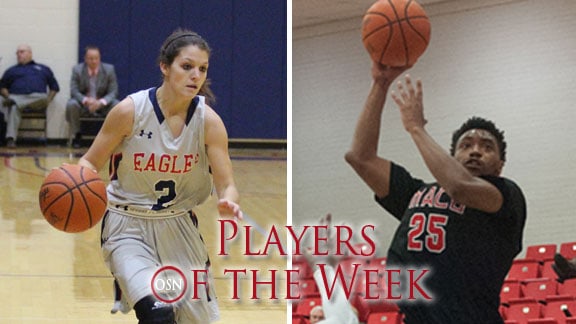 This week’s Oklahoma college Players of the Week, presented by First United, are Shelbie Kirby, OKWU, and Nick Tate, MACU.

OKWU has won five straight and seven of its last eight. The 87-82 win over Bethel (Kan.) was the lowest point total in that stretch, but Kirby stepped to do her part. The junior had 30 of the team’s points and contributed more to the points with five assists. Kirby added four rebounds and four steals to her stat line on the night.

Tate led the way last week in two wins for the Evangels – over Oklahoma City and St. Gregory’s – moving the current winning streak to six. The senior averaged a double-double on the week with 22.5 points and 11.5 rebounds per game, including 27 points in a hard-fought 105-96 victory over the Cavs on Saturday.