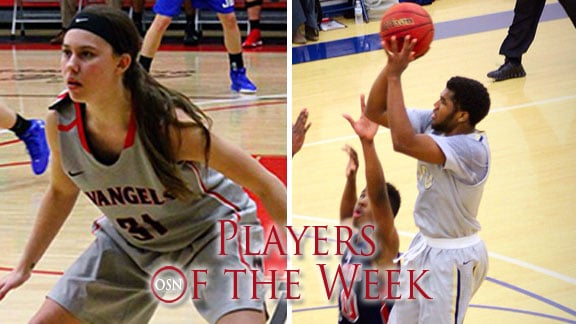 Tolar helped her team to a 2-1 record last week as the Lady Evangels played three games in five days. The senior averaged 27.3 points and 6.0 rebounds per game during that stretch. The stats were highlighted on Tuesday night when Tolar put in 43 points and grabbed 11 rebounds in a 79-70 win at USAO.

The Saints are No. 1 in the NCCAA’s Division II and Lyons did his part to help the winning continue – a streak that is now at seven. He put up 41 points in a 121-88 win over Baptist Bible on Friday, which included shooting 11-of-12 from behind the arc. Lyons followed that with a performance of 15 points, six rebounds, four assists and four steals in a win the next night at Ozark Christian.