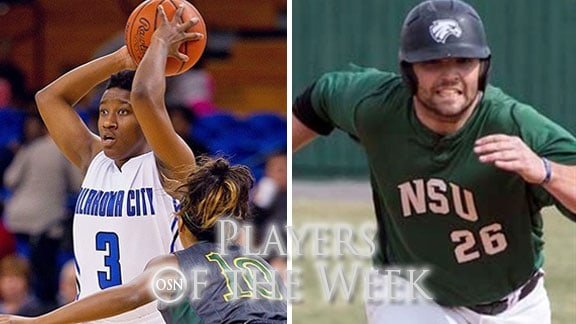 This week’s Players of the Week are Rateska Brown, OCU, and Preston Cash, NSU.

Brown showed up big in the final two games of the Stars’ championship run. She averaged 22.5 points (8-for-8 from the free throw line in the championship), 8.5 rebounds, 3.5 assists and 2.5 steals.

Cash helped the RiverHawks to a 4-1 record last week, including a 3-1 MIAA series victory over Fort Hays State. In the three NSU wins, Cash went 7-for 11, with eight RBI and five runs. He also hit a home run in the series finale.