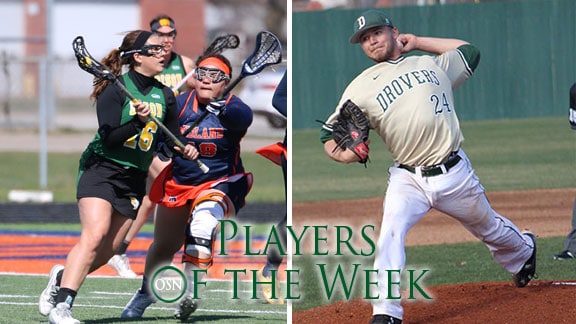 This week’s Oklahoma college Players of the Week are Alexis Martin, OBU, and Jordan Watson, USAO.

Watson pitched the complete nine-inning game and picked up the win, a 5-1 victory for the Drovers (receiving votes this week in the NAIA poll) over the No. 13 Oklahoma City Stars. He struck out 13 batters and gave up four hits in the win. Watson, now 4-2 on the year, was also named NAIA Pitcher of the Week for his effort.