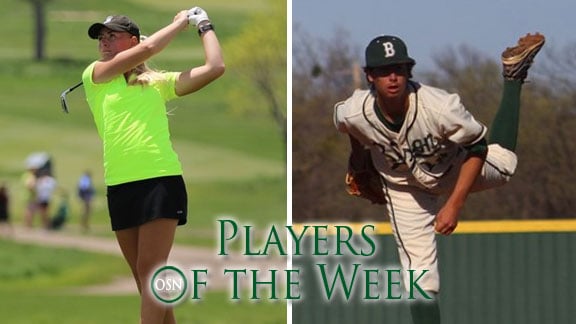 Moberg finished the week strong at the NCAA Championship in Denver. The freshman shot a 68 in the final round of the four during the competition and moved up 33 spots on the final day to tie for 15th individually with a 9-over 297. Her performance helped the RiverHawks to an eighth place finish as a team. The 68 was the second-lowest round in school history and the best ever by an NSU women’s golfer at the NCAA Championship.

The Bison baseball team hosted the NCCAA Central Region tournament and Thompson, a senior, may have saved his best performance for his last at Bison Field at Ford Park. Thompson threw a complete-game, seven-inning no-hitter as OBU defeated McMurry, 10-0. He struck out 16 and walked only two on the night and picked up his eighth win of the year. OBU went on to win the regional, outscoring its opponents, 36-2, in four games and will move on to the NCCAA national tournament.