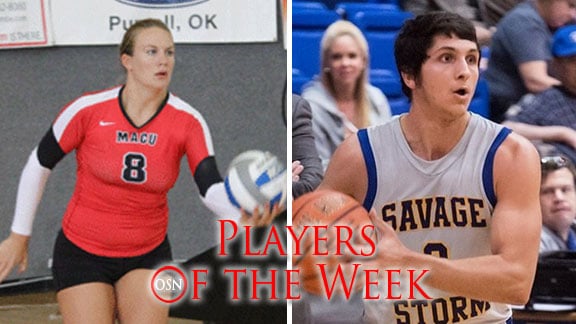 The senior closed out her career at MACU in big-fashion with a triple-double in her final match. Luedtke recorded 10 kills, 38 assists and a career-high 27 digs in a four-set win over Central Christian College in the round-robin portion of the NCCAA regional tournament.

Bzai has scored at least 20 points in three straight games for the Storm. He averaged 23 points per game in wins this week to open the Great American Conference portion of the SE schedule. The senior led his team in scoring in both wins and had 25 points, eight rebounds and six assists in the victory on Saturday over Southern Arkansas.