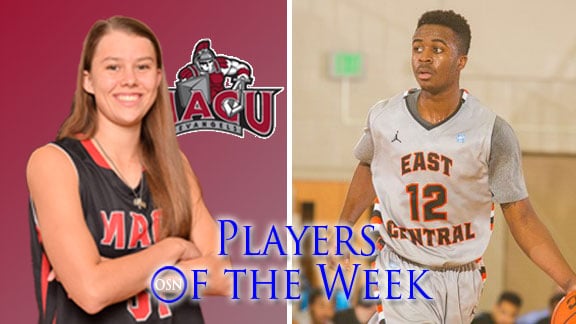 This week’s Oklahoma college Players of the Week are Kelli Tolar, MACU, and Sterling Thomas, ECU.

Tolar put up 33 points in a one-point win the first SAC game of the season. She make six three-pointers, had six assists and was 2-for-2 from the free throw line, but those were game-winners as they came with just two seconds left. The senior also scored 29 earlier in the week against Division II UCO in an exhibition game.

East Central won twice last week on the road with Thomas leading the way. The senior averaged 30.0 points in the wins. He had 33 against Henderson State, making 67 percent of his shots, including four from behind the arc. He also put in 27 at Ouachita, last year’s GAC champion.