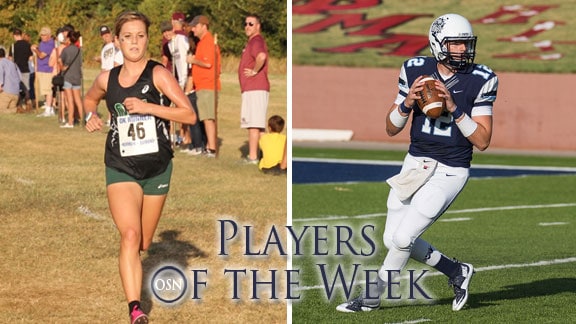 This week’s Players of the Week, presented by First United, are Abby Hoover, OBU, and Marc Evans, SWOSU.

Hoover helped her team to a fourth place finish in the Missouri Southern Stampede in Joplin. She ran the 5K in 17:23.68.  The junior was also the first Bison across the line two weeks ago, as OBU won its first event in NCAA.

The transfer from Ventura, Calif., earned the starting job and is starting to make a name in Weatherford. Evans has led the team to a 2-1 record, with the team putting up at least 50 points in the wins in each of the past two weekends. On Saturday, Evans was 31-of-46 passing for 355 yards, tossing four touchdowns with no interceptions.