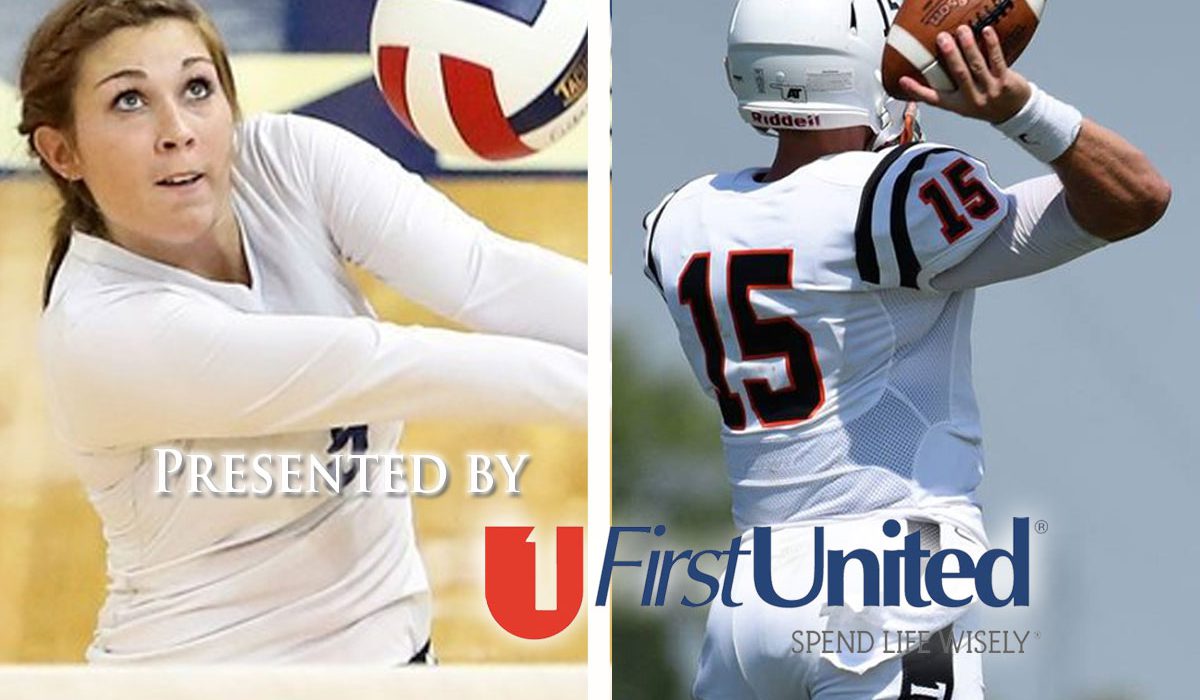 This week’s Oklahoma college Players of the Week, presented by First United, are Dani Chase, OCU, and Noah Holle, ECU.

The senior helped her team to a 2-2 record at the Bellevue Labor Day Classic in Nebraska. Chase averaged 7.0 digs per set in two wins on Saturday and 6.94 for the weekend. She recorded a school record 36 digs in a five-set loss to Midlands (Neb.).

In his debut for ECU, Holle went 20-for-27 passing for 351 yards. He tossed five touchdowns to five different receivers with just one interception in the Tigers’ 55-34 win at Oklahoma Baptist.