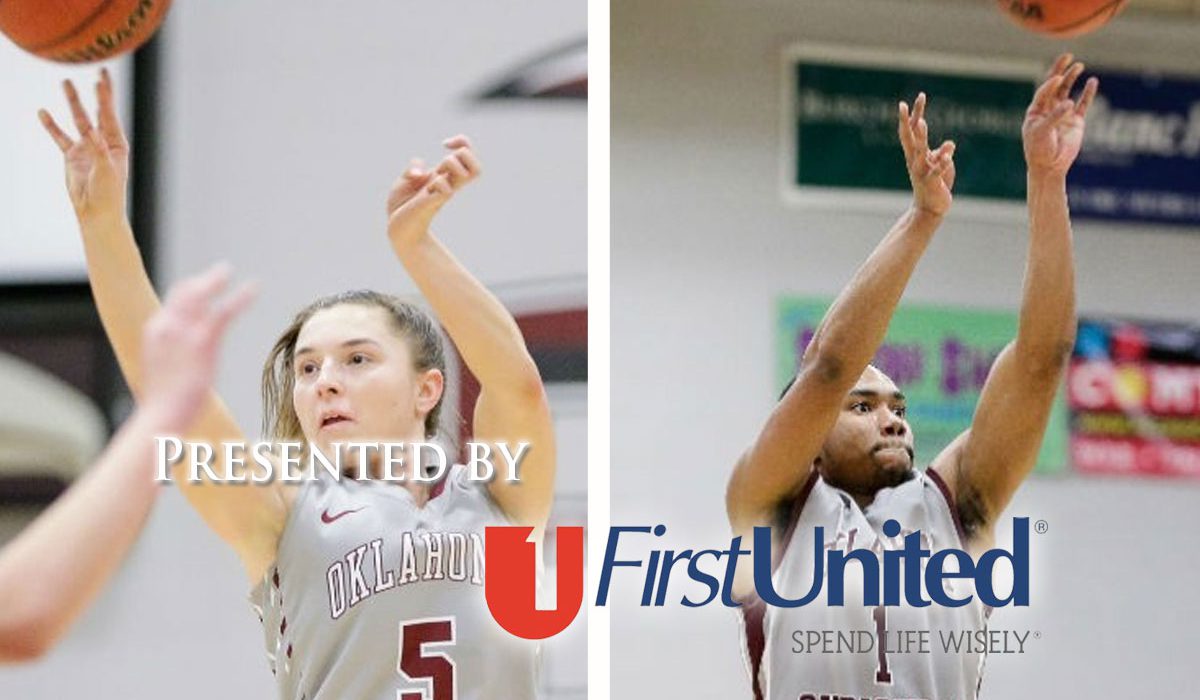 This week’s Oklahoma college Players of the Week are Addy Clift, OC and Jordan Box, OC

Clift put in 25 points in back-to-back games, both wins for the Lady Eagles. She connected on five three-pointers in each game as well, and became the sixth player in Heartland Conference history to hit 200 three-pointers. Clift also averaged 5.0 assists per game and was 6-of-6 from the free throw line.

The junior averaged 30 points per game, helping his team to a split last week. Box scored 33 in a loss in a loss at St. Edward’s, but followed that with 27 points as OC beat Rogers State. He combined to go 10-of-19 from behind the arc and make all 10 free throws attempted, while averaging 4.0 assists per game.