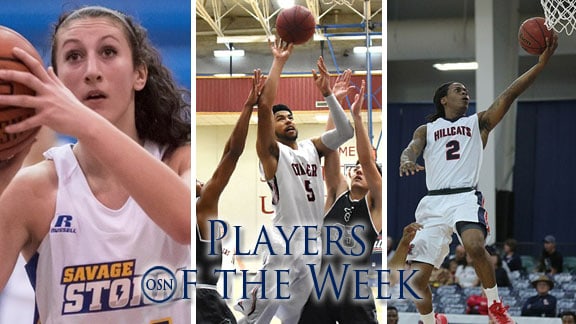 Webb averaged 18.0 points, 8.0 rebounds and 3.0 assists in wins for the Savage Storm last week, helping her team back up over the .500 mark in league play and overall. The sophomore led her team with 20 points against Northwestern on Saturday and shot 73 percent from the field for the week.

The senior recorded 19 points, nine rebounds and six assists in a big conference win over USAO. Rutherford scored all 19 of his points in the second half, pushing the team to a 99-91 win.

Smith put up a career-high 26 points in the Hillcats’ 77-75 victory over St. Edwards. He had three rebounds and three assists to go with that total and with his team down by a point and nine seconds remaining, hit two clutch free throws that gave RSU the lead and the game.