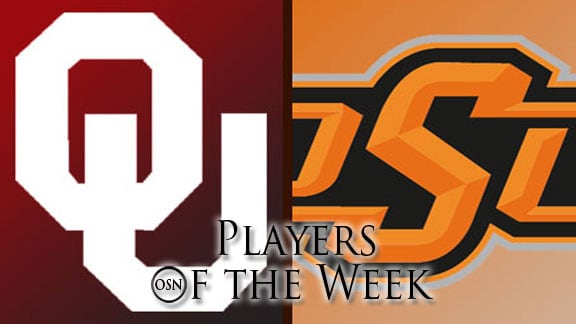 Oklahoma put two runs on the board in the bottom of the first inning in the deciding Game 3 of the WCWS and that was enough for Parker. The sophomore allowed only one run while striking out five and walking one in the 2-1 victory for the Sooners, as they claimed the Division I softball national championship, the third in program history. Parker finished the season at 38-3 and was the winning pitcher for OU in all five of the Sooners’ victories during the WCWS.

Miller won the NCAA championship in the hammer throw with a throw of 242-8 feet, three feet better than second place. He became the first Cowboy to win a field championship since 1985.