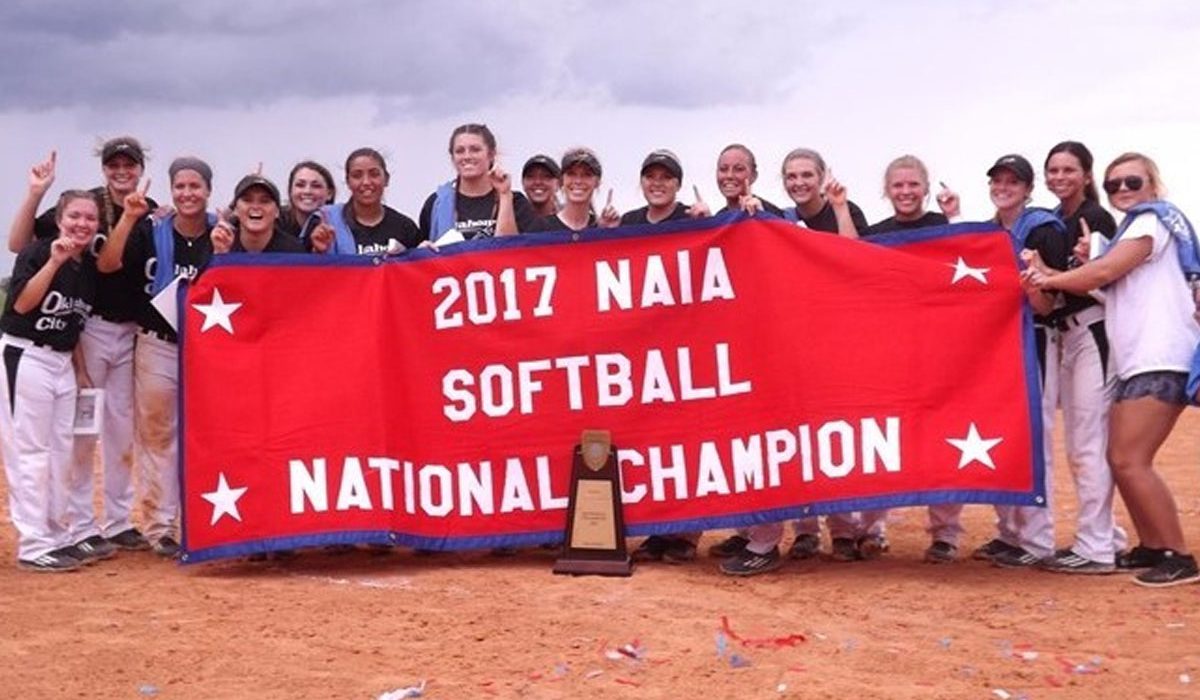 This week’s Oklahoma college Players of the Week, presented by First United Bank, are the Oklahoma City Stars.

It’s not without precedent to put an entire roster up for Players of the Week. However, a group posting a record of 68-1 to earn this honor is.

The OCU Stars earned a second consecutive national championship and 10th in program history with a four-win run through the NAIA Softball World Series last week.

Oklahoma City left no doubt of its dominance, even through close games.

Kali Pugh was this week named the NAIA National Player of the Year. She was joined on the NAIA All-America First Team by teammates Madison Ellis, Abby Meador, Jaci Smith and Georgia Wall, with Samantha Stallbaumer listed on the Second Team.

For the World Series itself, Wall was named the MVP. Smith was tabbed to the All-Tournament Team, along with McCrae Cayton and Laci Joyner.

The stats and records compiled by this group is too lengthy for this post.

As is the amount of laudings due to head coach Phil McSpadden, who has now run his impressive number of wins to 1,613.