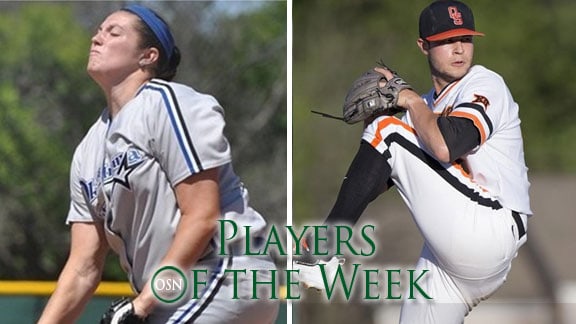 The Stars had to win twice against St. Xavier (Ill.) on championship day to win the national title and they did just that, shutting them out, 2-0 and then 5-0. Wall was in the circle for it all. She pitched 14 innings of shutout softball, gave up only five hits, struck out four and walked five. Wall finished her season with an ERA of 0.49, a record of 28-1 and was named the NAIA World Series MVP.

Hatch needed very little run support to help the Cowboys to a win in the first game of the NCAA regional. The sophomore pitched seven innings and earned the win in a 6-0 shutout of Nebraska. Hatch struck out 10 and walked two, scattering six hits through the innings. It was also announced last week that Hatch, the 2016 Big 12 Pitcher of the Year, was named to the 2016 Louisville Slugger All-America Third Team.