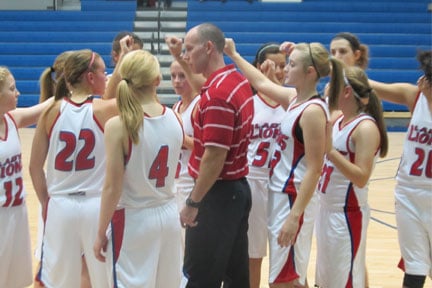 In its annual report, the NFHS found that high school sports participation increased for the 23rd consecutive year. Sports participation for the 2011-12 school year reached an all-time high of more than 7.69 million, an increase of nearly 25,000 from the previous year.

“In this time of ever-increasing financial challenges in our nation’s high schools, we are greatly encouraged to know that participation in high school sports continues to rise,” said Bob Gardner, NFHS Executive Director. “With more than 55% of students enrolled in high schools participating in athletics, the value of these programs in an education-based setting continues to be significant.”

Oklahoma played a key role in the increase with 86,948 students participating in high school athletics.

Oklahoma was one of only 20 states the realized a true net increase from the previous year. The state had 142 more participants than the 86,806 from 2010-11.

“”I think sports continue to be so popular because they give students the opportunity to be a part of something bigger than their selves,” Ed Sheakley, OSSAA Executive Director, said.  “You’re wearing the jersey and representing much more than the name on the back.”

The participation survey has been compiled since 1971 by the NFHS through numbers it receives from its member associations. The complete 2011-12 High School Athletics Participation Survey is available on the NFHS Web site at www.nfhs.org.

Justin Tinder is the OSSAA Director of Public and Media Relations.