Oklahoma schools in the bowls 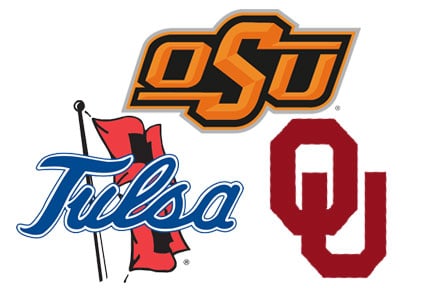 Once again, the state of Oklahoma is sending all three of its Division I schools to bowl games.

The Big 12 has just announced that both OU and OSU will be playing in January.

Oklahoma will face former Big 12 rival Texas A&M in the AT&T Cotton Bowl on Jan. 4.  Oklahoma State will play in the Heart of Dallas Bowl against Purdue.

And Tulsa secured its spot in the Liberty Bowl yesterday after defeating UCF to win the Conference USA championship.  The Golden Hurricane will close the season against the team it opened with – Iowa State.