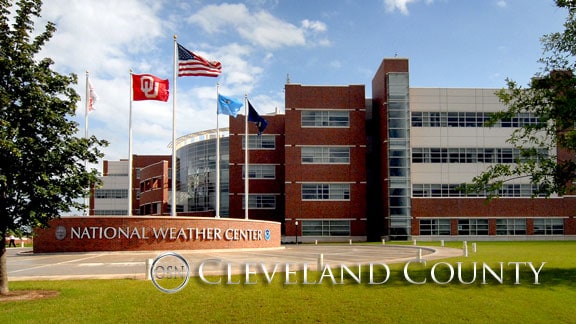 County seat: Norman
Population: 256,000
High schools (9): Community Christian Royals (2), Lexington Bulldogs (4), Little Axe Indians (10), Moore Lions (18, 15), Noble Bears (3), Norman Tigers (66), Norman North (17), Southmoore Sabercats (3), Westmoore Jaguars (21)
Universities: University of Oklahoma Sooners – 27 national championships
State championships (144):Norman has the most titles with 66 (sixth most in the state) and won the first in the county – a football championship in 1907, defeating Oklahoma City High School, 5-4. The Tigers dominated boys swimming in the ’70, winning nine titles in 12 years (1972-83). Westmoore opened in 1988 and has 21 state championships, 10 in softball. Moore has 18 with 15 coming in girls’s sports. Norman North has 17 titles, six in boys soccer, five in cheerleading. Little Axe has earned 10, Lexington has four, Noble has three, Southmoore has three and Community Christian has two – in cheerleading. (Note: Community Christian had success in the Oklahoma Chiristian School Athletic Association [OCSAA] and became a member of the OSSAA in 2008.)

• Jimmy McNatt: Played basketball at Norman High School (Class of 1936); Played basketball for the University of Oklahoma, leading the Sooners to an appearance in the first NCAA Final Four, two-time All-American, led the Big Six Conference in scoring his senior year; Played in the Ameateur Athletic Union (AAU), was a four-time All-American with the Phillips 66ers and led the team to four straight titles (1943-1946)

• Ryan Broyles: Played football, basketball and track for Norman High School (Class of 2007), all-state in football; Played football for the University of Oklahoma, two-time All-Big 12, two-time All-American, owned the FBS all-time record for receptions – 349 (record was later broken); Drafted by the Detroit Lions in 2012 and currently plays for the team in the NFL.

• 2007 Class 6A softball
Westmoore defeated Tecumseh, Moore and Union on the championship day by a combined 43-16 runs. The Jaguars avenged the only losses of the season with the 12-0 win over Moore and 18-7 victory over Union in the championship.

How do you get to Cleveland County?  It is in the southeast portion of the Oklahoma City metropolitan area and you get there and to any county in Oklahoma in a vehicle from the Stuteville Automotive Group, with locations in Atoka, Durant and Tahlequah.