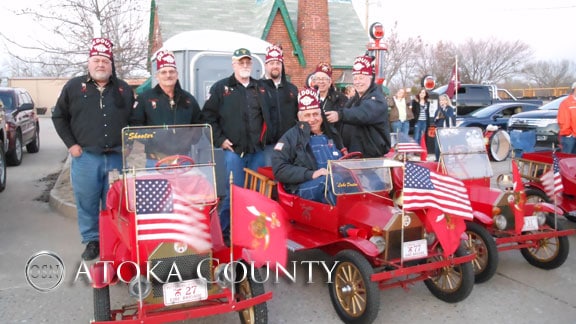 • U L Washington: Football player at Stringtown; Played baseball at Murray State; MLB – played for Kansas City Royals, Montreal Expos and Pittsburgh Pirates, 1977-1987, listed by RoyalsReview.com as No. 32 on list of 100 Greatest Royals of All Time

• 1992 Class 3A girls basketball playoffs
Crystal Robinson scored 50 points in the Area championship game against Bethel.  The Wampus Cats won, 65-50, and Robinson matched the entire Wildcat output.  She also scored 124 points in the three games in the state tournament, including 49 against Weatherford in the state quarterfinal, and her 124 overall was tied for fourth most in a state tournament when the girls played 6-on-6.

• 2007 Class B boys basketball state championship
Stringtown won its third basketball title in school history, the first of back-to-back titles and the first since back-to-back titles in 1983 and 1984. But it was a big one for the group.  The Tigers were the prohibitive favorites the previous season and had gone undefeated at 27-0 until being upset by Fort Cobb-Broxton in the state semifinal.  C.J. Washington (Oklahoma) and Orlando Brown (Connors State, Cal State Fullerton) were seniors and Tyrus McGee (Iowa State) and James Watson (Washington State, Kansas State) were juniors on the team that defeated defending champion Glencoe, 63-46, in the championship game.

How do you get to Atoka County?  It’s in the southeast quadrant of Oklahoma, north of Bryan County and a little more than 110 miles south of Tulsa, and you can get to any county in Oklahoma in a vehicle from the Stuteville Automotive Group, with locations in Atoka, Durant and Tahlequah.  While you’re in Atoka County, stop by Stuteville Ford at 1601 S. Mississippi Ave. in Atoka.