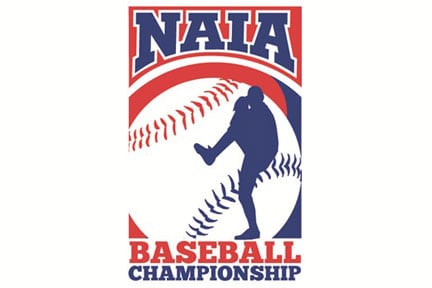 Jeff Butler went 6-for-7 on the long evening and plated the winning run on a single to left in the bottom of the 12th.

Oklahoma Wesleyan stayed alive in the 2014 Avista NAIA Baseball World Series with a 10-9 win over Tabor (Kan.) in Lewiston, Idaho.

Two of the final four teams remaining are from Oklahoma.

Butler tied a world series record with those six hits, matching the mark set by Pat Mackey of Lewis-Clark State (Idaho) back in 1987.

And he saved his biggest hit for last, but OKWU coach Matt Parker said he wasn’t surprised.

“Kudos to Jeff there,” Parker said.  “Not that anyone’s surprised that knows Jeff, that he would have that game on that stage.

“When we got to first and third and the game on the line in the 12th, Jeff walked up to the plate with the biggest grin I’ve ever seen.  He turned around and looked at our dugout like, ‘Hey, of course I’m going to get a hit right here.’

“It was almost surreal to watch him grin and know that.  He got the pitch up and drove it into left.  No problem.”

The game started to look eerily similar to the Eagles as Tabor got one run back in the sixth and then again in the seventh, reminding the team of how it had given up the lead like that the night before.

Tabor then scored four in the top of the eighth as OKWU reliever started to struggle some.

“C.J. Gregory came in for Juan (Berumen) and did such a good job for us. But we tried to squeeze in another inning and get through him in the seventh and he really just ran out of gas.  And so we went to Rhett (Acker) there.”

Acker was no stranger to the mound for the Eagles this season.

“Up until the postseason, he had started for us,” Parker said.  “We got into a postseason rotation and really have been using only three starters.  We had won the firs three in the conference tournament and won the first three in regionals, so he had been coming out of the pen and has been really effective because he didn’t have to save anything.”

And his effort was key.

“And he did a good job of keep their lead at three.  If it had gotten to four, I don’t know if we had that in us.  Keeping at three was huge.  And we came back in, just like our guys have done all year, our guys did a tremendous job of battling and battling and finding a way to get the next man on, just kinda being that gritty competitive group that they’ve been all year.

“It worked to tie the game, and we had a chance to win it right there.  I kinda wish we had done that, it would have saved some pitching for us.”

OKWU knotted the score at 9-9 after eight.  Neither team scored again until the Butler did it in the 12th for the win.

Oklahoma Wesleyan’s game this afternoon with Oklahoma Baptist is a rematch of a contest played on Mar. 11, won by the Bison, 2-1.

It will also be broadcast nationally on ESPN3.