Oklahoma Wesleyan moves to KCAC in full membership this summer 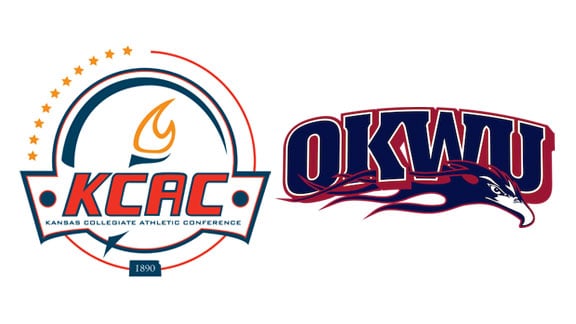 Oklahoma Wesleyan is the latest school in Oklahoma to relocate to a new conference home.

OKWU assistant athletic director Matt Parker said membership in the KCAC was the right fit for the school.

“For us, it was just trying to find those schools that are like-minded to us,” Parker said. “The MCAC was like-minded, but it was so spread out. Travel was an issue.

“When we started looking at the KCAC, we realized that we match up with those guys in mission and then the travel distance would be cut down. And it was an established conference and that was a big draw for us.”

OKWU has been participating in the KCAC as an administrative member since July 1, 2014. Dr. Scott Crawford, KCAC commissioner, said the league was eager for OKWU to be in full membership.

“We are thrilled to finally get to the point where Oklahoma Wesleyan joins us for full competition coming in the ’15-’16 school year,” Crawford said. “It’s been a year in the wait and we’re just excited to have them join us.”

The KCAC is a strong football conference, although OKWU doesn’t field a football team, and won’t be competing in that sport. But Crawford touted the strengths the Eagles will bring to the conference.

“Soccer and volleyball are coming in the fall and we’re really excited about our basketball seasons coming up. Obviously they have a good tradition in baseball and softball as well. We know they’re going to add a lot to the mix in the KCAC and we’re glad to have them as a part of our conference.” 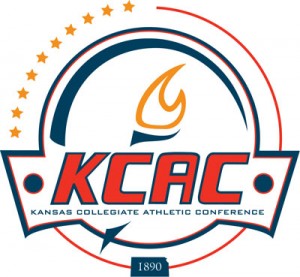 Parker said the athletic department has been preparing for this throughout the 2014-2015 season and will be ready to go when the upcoming athletic year arrives.

“It took effect last year, going through a year of getting into it,” Parker said. “We went to the meetings for the last year. I went to all the baseball meetings and our A.D. went to all the A.D. meetings. We sat in on things and saw how they do it all and now we’ll start this next school year playing in those KCAC games.

“We like the structre of the KCAC, and with Scott Crawford being the commissioner, he’s done a tremendous job helping us get through this. That was the idea – getting into the established conference with better travel.”

OKWU wasn’t the only member of the MCAC that was feeling the pains of travel within the league, which spread over six states. Five other schools (of the nine) in the conference had applied for membership with other leagues forcing the league to cease operations at the end of the 2014-2015 year.

York College (Neb.), which was also in the MCAC, will be joining Oklahoma Wesleyan in the KCAC. Parker jokingly said, though, the Eagles made the move first and that they like their geographic location in the league.

“We were the first ones not from Kansas to join the KCAC,” Parker said. “And think it’s an advantage to us to be the southernmost team in the conference.

“And with York going to go as well, that adds another really good team in all sports.”

Oklahoma Wesleyan offers 13 sports – seven women’s sports and six men’s sports. Parker said the school is glad to be a part of such a solid institution.

“The KCAC has been great from the beginning helping us get into it to the organization of it. The strength of the KCAC from women’s and men’s basketball to all standpoints, it’s a really good conference and we’re excited to be a part of it.

“It just fits what we are.”