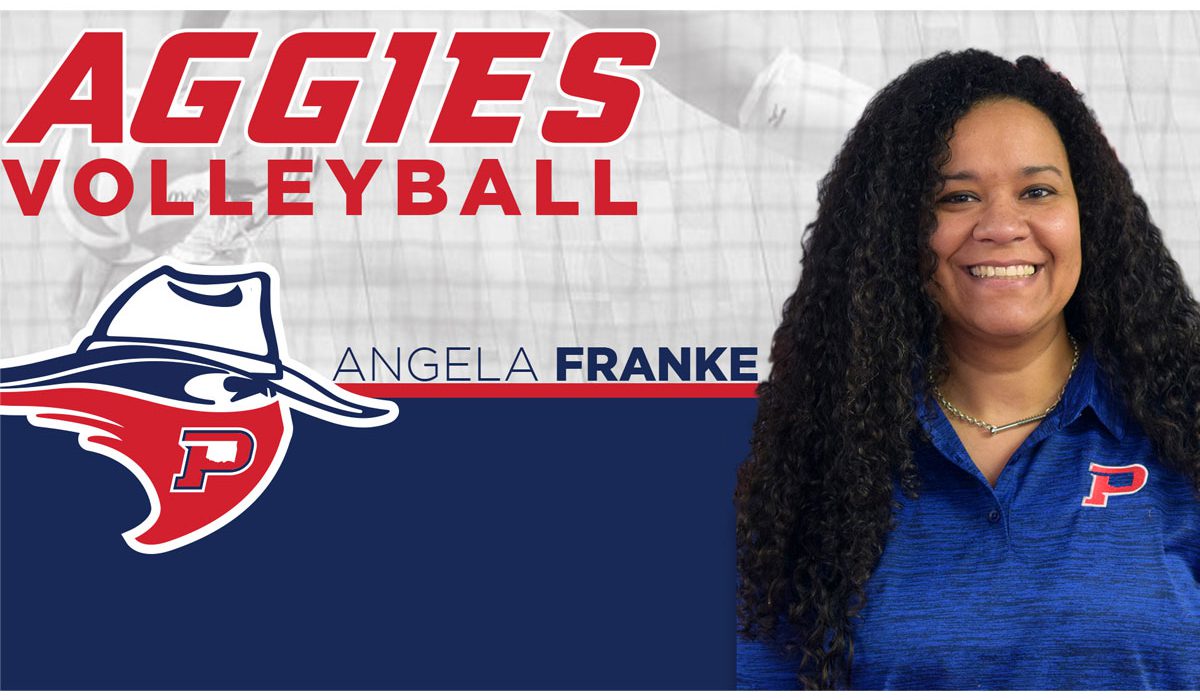 GOODWELL — Oklahoma Panhandle State University is pleased to introduce Angela Franke as the next head coach of Aggie Volleyball. A search for the previous year’s interim position was opened in February, with Franke exemplifying all aspects of the job description.

Franke comes to Panhandle State after serving the 2017 season as the head volleyball coach at the University of the Southwest in Hobbs, N.M. Under Franke’s leadership, the Mustangs finished with a winning 16-14 season, and qualified for the RRAC conference tournament as a No. 3 seed with a conference record of 9-5. Prior to taking over at USW, Franke spent three years at Loyola University-New Orleans as the Head Women’s Volleyball Coach, where she led the Wolf Pack to a pair of Southern States Athletic Conference tournament appearances.

Her coaching experience spans both the NAIA and NCAA ranks, as she served as the Head Women’s Volleyball Coach at Mississippi Valley State University, an NCAA Division I program, prior to taking over at Loyola. MVSU boasted a third-place SWAC Eastern Division finish and a first round SWAC tournament upset of top-seeded Prairie View A&M during her tenure. At the Division II level, Franke spent one season as the head coach at St. Andrew’s University in North Carolina; her lasting impact helped restore and revitalize the Knights’ previously dormant volleyball program.

McCook Community College in Nebraska, brought Franke her first head coaching opportunity in 2009, after she entered the intercollegiate coaching profession as a graduate assistant at NCAA Division I Alcorn State University in 2007-08. Her playing career began at South Mountain Community College in Phoenix, and continued at the NCAA Division I level at Jackson State. Franke earned both her Bachelor of Arts degree and Master of Science degree from Alcorn State.

Coach Franke and her two children, daughter Alyx and son Alijah are excited to join the Panhandle State Family.

“I am eager to join a Panhandle volleyball program that is up and coming,” Franke said. “Coach Matt Heffner left a lot of positive things that will be great foundations to build off, including 15 returners. I love the excitement of what’s possible and the enthusiasm I’ve already seen from the players.”

Instilling the values of the NAIA Champions of Character program is something that Franke is also excited to bring to her team. Her community service-oriented leadership style will bring the Aggies out in the public eye with fun new initiatives, while maintaining some of the community events that Aggie fans have come to know and love over the years. Franke plans to carry on the traditions of the annual Pink Out game as well as the ever-popular Halloween Spiketacular event. One new outreach effort she plans to implement involves the Panhandle area Girl Scouts groups.

“I try to find not-so-typical things to do, so that people are more interested in participating,” Franke said. “The Girl Scouts game will bring outside groups on campus and we will host a free one-hour volleyball clinic after our match.”

“I am excited to have Coach Franke joining our staff,” Athletic Director Meghan Mulcahy said. “Her experience and knowledge will be a positive addition to our team.”

“We are very excited to add Coach Franke to the OPSU Athletic Family,” Gaskamp said. “We feel like she is going to be a great fit and that the team will respond well to her. We look forward to seeing what she and the team can put together this fall to take the next step in being a competitive force within the Sooner Athletic Conference.”