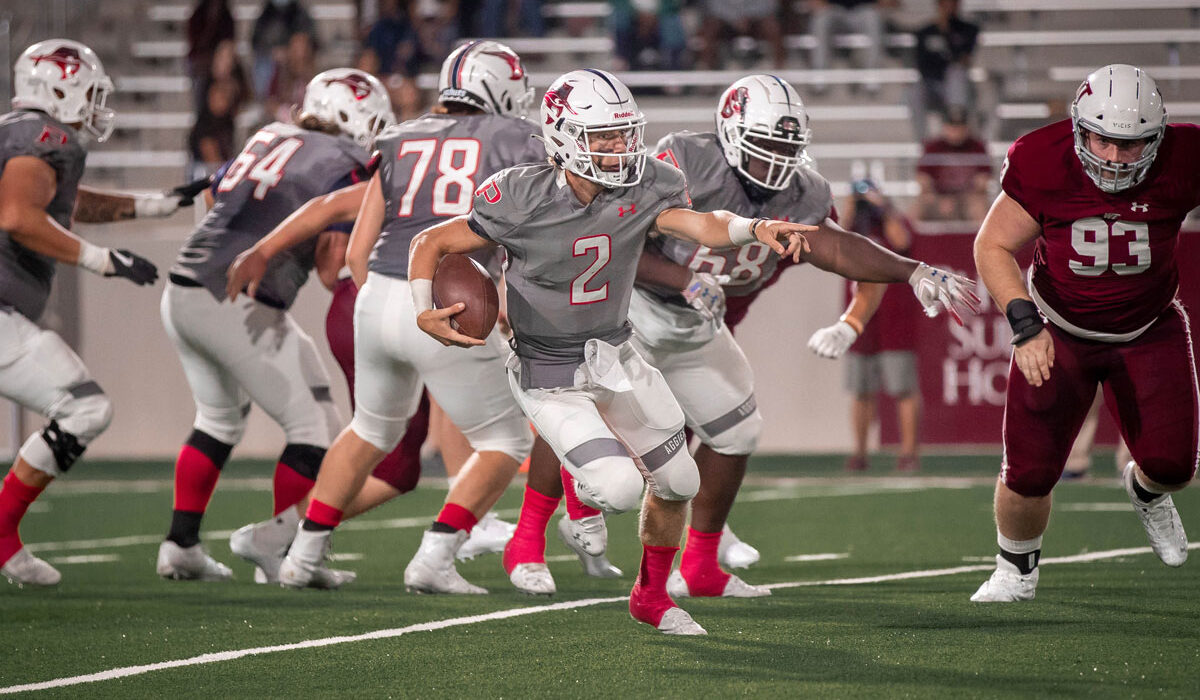 CANYON, Texas – Oklahoma Panhandle State University’s football team found the going tough on the road versus West Texas A&M University, 58-7, in a non-conference tilt. The game between the Aggies (0-2) and the NCAA Division II Buffs (1-0) was the first at the new Buffalo Stadium.

WTAMU tallied points in each quarter. OPSU notched its only points of the evening in the second quarter.

Down 28-0, the Aggies began the series on the WTAMU 46-yard line with 6:30 until the half.  Quarterback KC Crandall had three incomplete passes. On a fourth-and-10, Crandall then connected with senior wide receiver Seth Barbarino for a 43-yard pass-and-run.

A no-gain scramble by Crandall left the ball on the Buff’s doorstep, second-and-goal from the three. Running back Jamalrian Jones had his number called and pushed his way into the end zone for what would be OPSU’s only score of the night. Matthew Lopez added the extra point kick to make it 28-7.

Panhandle State’s defensive back trio of Joshua Stullivan, Warren Dillon and Ja’Quavion Daniels, each had double-digit tackle totals. Stullivan totaled 12 stops, eight of which were solo, to go along with three pass break-ups.

Dillon amassed 11 tackles. Daniels had seven solo stops among his 10 tackles, while also posting a sack and forced fumble.

Linebacker Anthony Taylor had the Aggies’ only other sack. Lineman Jacob Hodges forced two fumbles and four tackles to his credit.

Barbarino finished the game with eight receptions, good for 74 yards. He averaged 9.3 yards per catch.

Panhandle State will be off until October 10 (2 p.m.) when the Aggies will host Arizona Christian University at Anchor D Stadium.