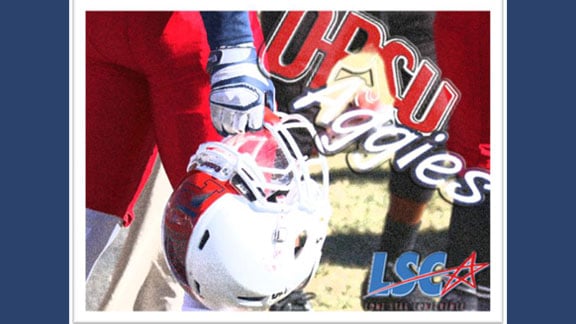 Oklahoma Panhandle is heading into its first full season as a football member of the Lone Star Conference and has nine LSC games on the docket. There are four home games on the schedule, including the season finale.

The Aggies open on the road against D-I FCS opponent Sam Houston State on Sept. 3.

The first conference game is also on the road and against another newcomer to the league in Western New Mexico. But the two programs are no strangers to each other.

OPSU has faced WMNU more than any other LSC opponent – 33 previous meetings and the Aggies lead the series with the Mustangs, 17-16. (WMNU won 61-17 in the last meeting, in 2006.) Kickoff is set for noon in the Mountain Time Zone and is one of two games to be played in a different time zone.

The Aggies will have its first home game on Oct. 1, hosting the defending LSC champion, Texas A&M-Commerce.

They face the other league newcomer, Texas-Permian Basin, on Oct. 22 in Odessa, Texas. It is the first season for the Falcons to field a football team.

And the regular season concludes on Nov. 12, as OPSU will play host to Texas A&M-Kingsville.