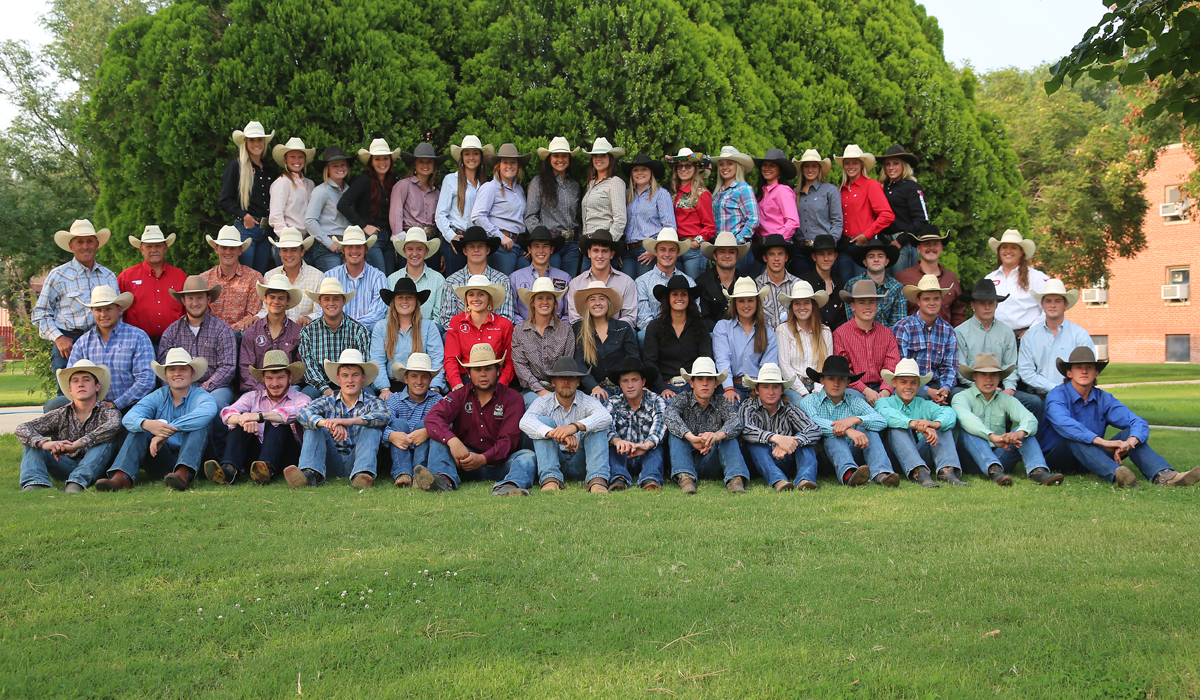 GOODWELL — It’s time for Oklahoma Panhandle State University Rodeo fans to get ready for the new season with the new crew! The rodeo team will be heading to their first fall college rodeo this upcoming weekend in Colby, Kansas. With the very talented returning members and the new ambitious members added to the team this year, the rodeo team is expecting for their best season yet.

Saddle Bronc rider, Dawson Dahm, is one athlete that will be exciting to watch this year after his performance at the College National Finals Rodeo (CNFR) last June, winning the Reserve Champion Saddle Bronc Riding Title. Caitlyn Wiswell is also coming off of a trip to Casper, Wyo. The breakaway roper is eager to fight for a second trip to the CNFR, and is ready to do anything and everything it takes to be on top of her game.

Also on the women’s side is Taylor Jacobson, who has been very successful this summer on the mare she trained herself. Jacobson recently won the Women’s Timed Event competition in Canyon, Texas. This means that she had to head, heel, breakaway, ribbon rope, and run barrels all on the same horse. It will be exciting to see what their team will have in store this semester.

One new cowgirl that we are very excited to have as a part of the team this year is Bailey Brown. Brown just won the Nebraska State Rodeo Association Finals this past weekend in the breakaway roping. This is a very important win for Brown and will allow her to come into the first college rodeo with confidence and excitement.

“I’m really excited about the season ahead,” said assistant coach Shelbie Weeder. “We’ve put a really good bunch of athletes together. They’ve been working hard since they arrived in Goodwell in August. We’ve got our sights set on Casper in June! It’s going to be a fun year!”

Hagen Brunson is super excited for the year ahead as a senior on the women’s team. “We have a great group of girls that are super talented and put in the work! I can’t wait to enjoy the wins with them!”

Come cheer on the team this weekend as they compete to keep the winning tradition alive!

The schedule for the fall semester rodeos is as follows: