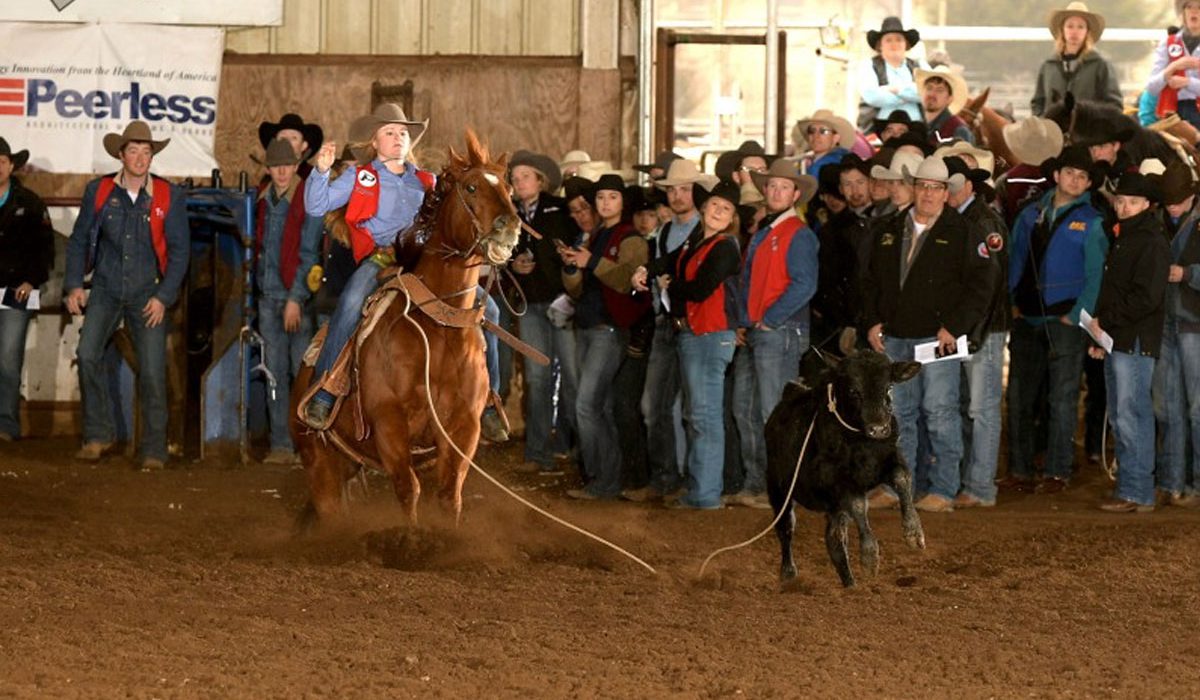 FORT SCOTT, Kan. — The Oklahoma Panhandle State University rodeo team traveled to Fort Scott, Kansas, this past weekend for their second college rodeo of the semester. The points teams didn’t have the weekend they wanted but still left with some important wins. The men’s team won third overall and the women’s team finished third as well.

Baylee Henderson was also the only Panhandle State cowgirl to make it back to a very tight short round in the Breakaway roping with a time range of 0.2 seconds from first through 11th place. Henderson was in a four-way tie for first place in the long round with a time of 2.7 seconds. Henderson got a time of 3.6 seconds in the short round placing her fifth in the average.

Taton also made the Saddle Bronc riding short round along with four other Panhandle State cowboys. Panhandle State won first through third place in the Saddle Bronc riding. The Australian, Will Reynolds, won the event with a score of 69 in the long round and 70 in the short round, which also gave him the short round win. Tanner Hayes won the reserve title with scores of 65 and 66 points. College National Finals Rodeo (CNFR) qualifier and reserve champion, Dawson Dahmn, won third in the average with scores of 68 and 63 points. Taton had a score of 66 points in the long round, but got bucked off in the short round.

Beau Peterson won fifth in the long round of the Barrel Racing with a time of 12.96 seconds. Peterson unfortunately did not place in the short round, taking her out of the average race.

The teams are getting ready for the busy month of April in which they will be competing every weekend. There are four college rodeos left and anything is still possible for each of our athletes. The team will continue practicing until then with the goal of keeping the winning tradition alive!