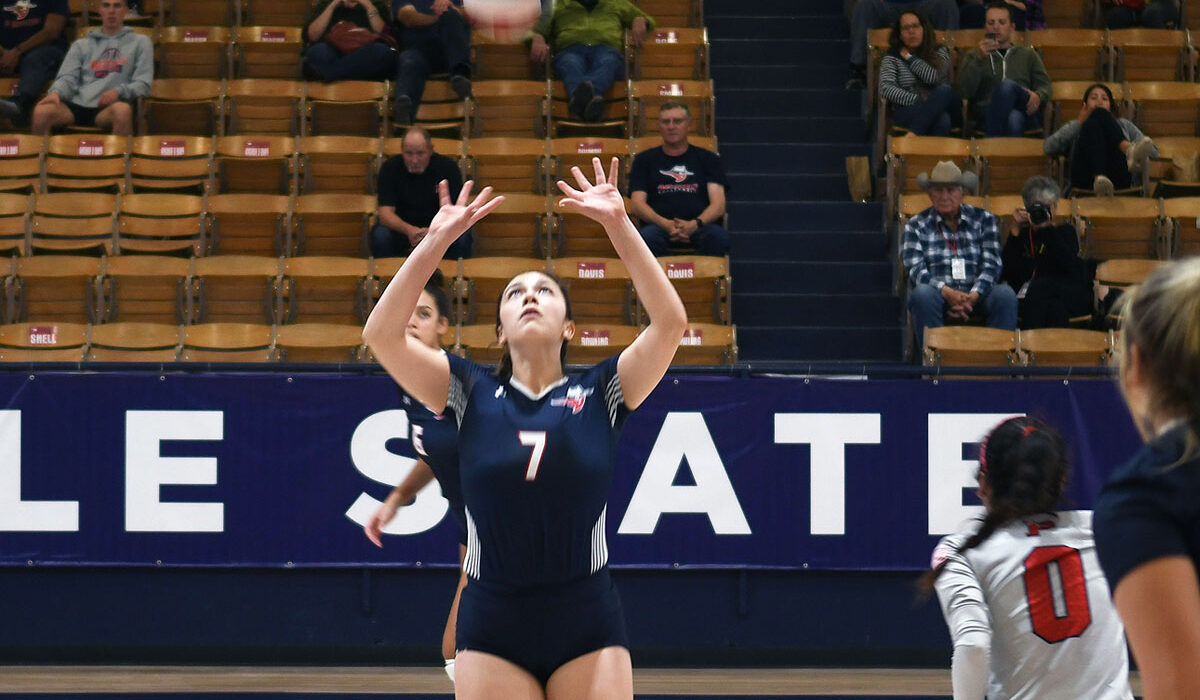 GOODWELL – Upon completion of the fall, non-conference, portion of the 2020-21 season, the Oklahoma Panhandle State University volleyball team finds itself sitting atop the Sooner Athletic Conference schools with a league-best .833 winning percentage. The Aggies (5-1) – winners of five-consecutive matches – solidified that position, thanks to their 3-0 sweep (25-15, 25-19, 25-20) over Mid-America Christian University (9-2).

It was the first time that OPSU had defeated MACU in more than three years, last topping the Evangels on September 9, 2017. The five-consecutive wins is the most in the modern era of Aggie volleyball (since reinstating the sport in 2003, after dropping the program in 1984). The 1981 team also won five-straight matches.

Panhandle State utilized an efficient attack, hitting .272 as a team, as well as its strong blocking game. OPSU took over the No. 1 spot in NAIA statistics for blocking, with 12.5 blocks versus MACU, averaging 3.24 blocks per game on the year. The two Aggies in the national top-10 for blocking – Kennede Jones and Jayden Gormley – led the way with six and seven blocks, respectively, against the Evangels (who managed to hit just .060 for the night).

On offense, a balanced Aggie attack was paced by Sydnee Saunders and Essence West with eight kills each. Saunders notched an attack average of .471, while West was at .217. Each also had a pair of blocks to their credit and West served up two aces.