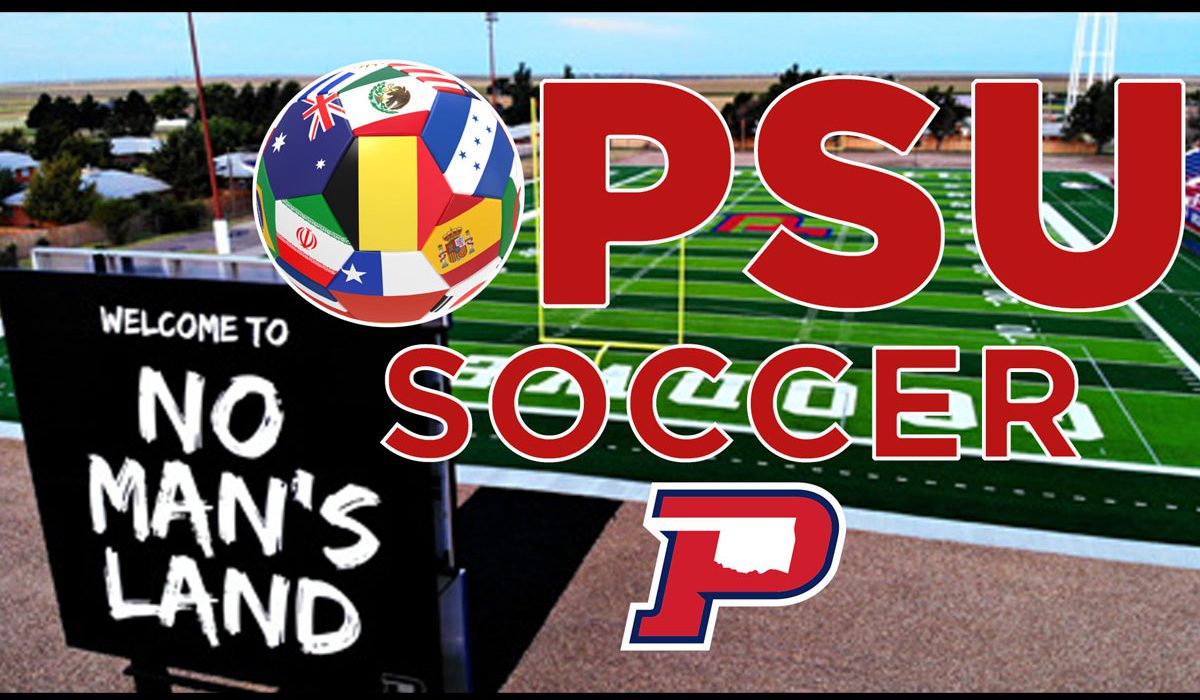 The world’s most popular sport – and one of the oldest – will be brand new to the Oklahoma Panhandle State University campus come fall of 2019. It is then that intercollegiate men’s and women’s soccer teams will make their debut on the Goodwell, Okla., campus, bringing the number of athletic program offerings by the Aggies to 16 teams.

“The addition of men’s and women’s soccer to our athletics profile goes way beyond on-field competition,” Panhandle State President Dr. Tim Faltyn explained. “We have a diverse campus and community. Soccer will offer opportunities for athletes, as well as an activity that crosses many cultures already living in our region. Anytime you can both bolster our athletics program, while also serving a broad segment of our region, it’s a win-win situation.”

The recent upswing in popularity for soccer – often called the “beautiful game” by the sport’s aficionados – in the United States, along with its broad cultural appeal to both men and women alike, make it a great fit for Panhandle State’s mission to provide “Progress through Knowledge,” with its commitment to promoting excellence in the preparation of students for success in a global community. What can be more “global” than the opportunities offered by the addition of soccer to Panhandle State?

Currently, Panhandle State students represent a total of 20 countries, most of which would list soccer (or non-American “football”) as its sport of choice. And why not? After all, soccer has its roots dating back around 3,000 years to Mesoamerican cultures (and when the captain of the losing team was sacrificed to the gods; and we thought a long bus ride home after a loss is tough!).  What’s considered the first “official” competition between two colleges occurred in 1869 between Rutgers and Princeton.

The reins of guiding the Aggies’ first-ever soccer programs have been handed to two very capable coaches. Brandon Misuraca will be leading the Panhandle men’s squad and Mike Rosso will head the women’s team.

Misuraca came to OPSU after spending the previous two seasons as an assistant at the University of Houston-Victoria. During his first season at UHV, he helped lead the men’s team to the Red River Athletic Conference regular season title, conference tournament championship, and appearance in the NAIA national tournament.Prior to UHV, Misuraca spent three years as the assistant men’s coach at the University of the Cumberlands in Williamsburg, Ky. The Patriots made three appearances in the Mid-South Conference Tournament, twice advancing to the semifinals.

Prior to OPSU, Coach Rosso was the Head Women’s Soccer Coach at Northeast Texas Community College. In his first season he led the women’s team to a winning regular season record and a semifinal berth in the Region XIV conference tournament. Prior to arriving at NTCC he was the Assistant Women’s Soccer Coach at Francis Marion University. He also served on the South Carolina ODP Staff as the Boys Team Head Coach.

“These two young men are going to help us make history,” Dr. Faltyn explained. ”Expectations are the seeds to success and I have high expectations for both of these men because I believe they are going to do great things.

“We’ve done a lot in the last 36 months to give people reasons to choose and support our university…this will give people reasons not just to come here, but to be a part of this family now, in the future and for generations to come… we are going to give them the best experience they ever had.”

The full schedules for the Aggies’ teams will be announced in the near future, but both teams will be competing for the Sooner Athletic Conference titles immediately as members of the league. Both teams will play their first home games on Saturday, August 24 (women- 6 p.m./men- 8 p.m.) versus Texas College. That will be the first official competition for the Aggies’ men, while the women’s squad has its first official match at Adams State (Colo.) University on August 18.

OPSU’s teams will play their games on the turf of beautiful Carl Wooten Field at Anchor D Stadium, also home of the Aggies’ football team.