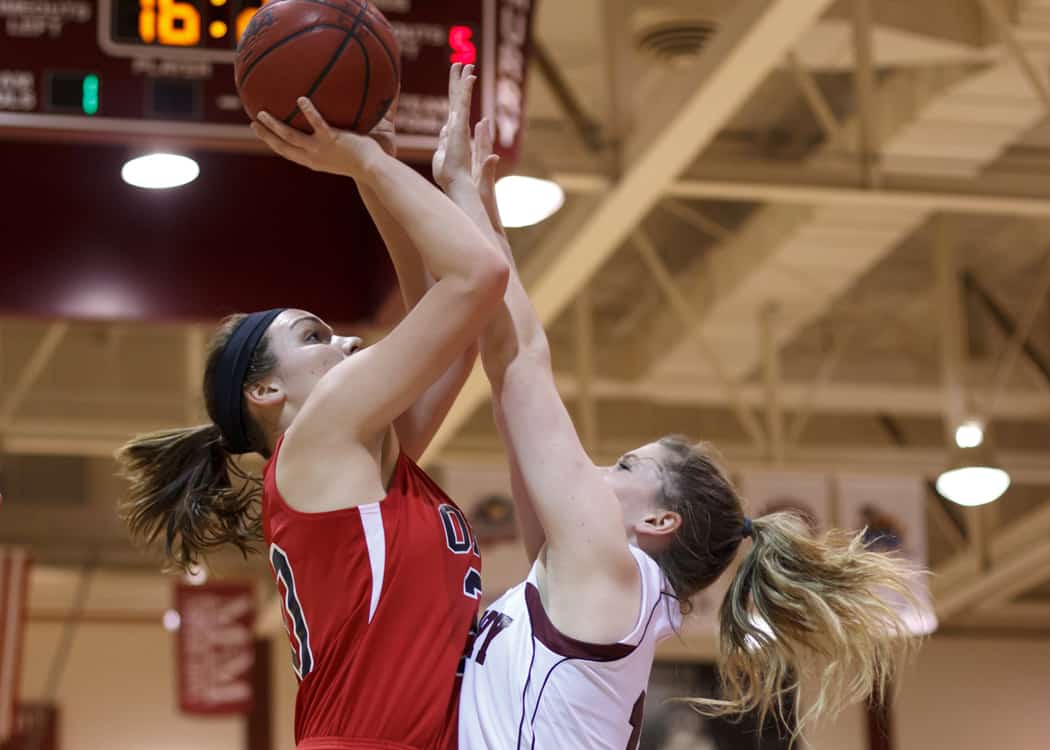 Abilene, Texas-Poor shooting continues to plague the Aggies (4-13, 1-4 HC)
as they lost to the women War Hawks of McMurry University (7-10 overall)
Thursday night in Abilene.

For the entire game, the Aggies shot only 27.5 percent in the two-point
range, 16.7 percent from outside, plus gave McMurry 36 chances at the
charity line, which added 26 points to their total score.

The OPSU women kept it close through the first half, trading the lead back
and forth and even enjoyed a slim lead for about five minutes that started
when Morgan Rickwartz hit a three-point shot. With about six minutes left in
the half, McMurry tied the score at 18 and went on to lead the Aggies by
eight at the half. In the second period, the War Hawks continued to increase
their lead and won the game 68-41.

Rickwartz scored 16 points, the only Aggie player in double digits, and she
also brought down five rebounds. Whitley Coca put in five points and had six
rebounds.

The women play conference rival St. Edward’s, currently 10-7 and 3-2 HC,
this Saturday, Jan. 26 at 2 p.m. Live stats will be available at
www.stedwards.edu/athletics/.