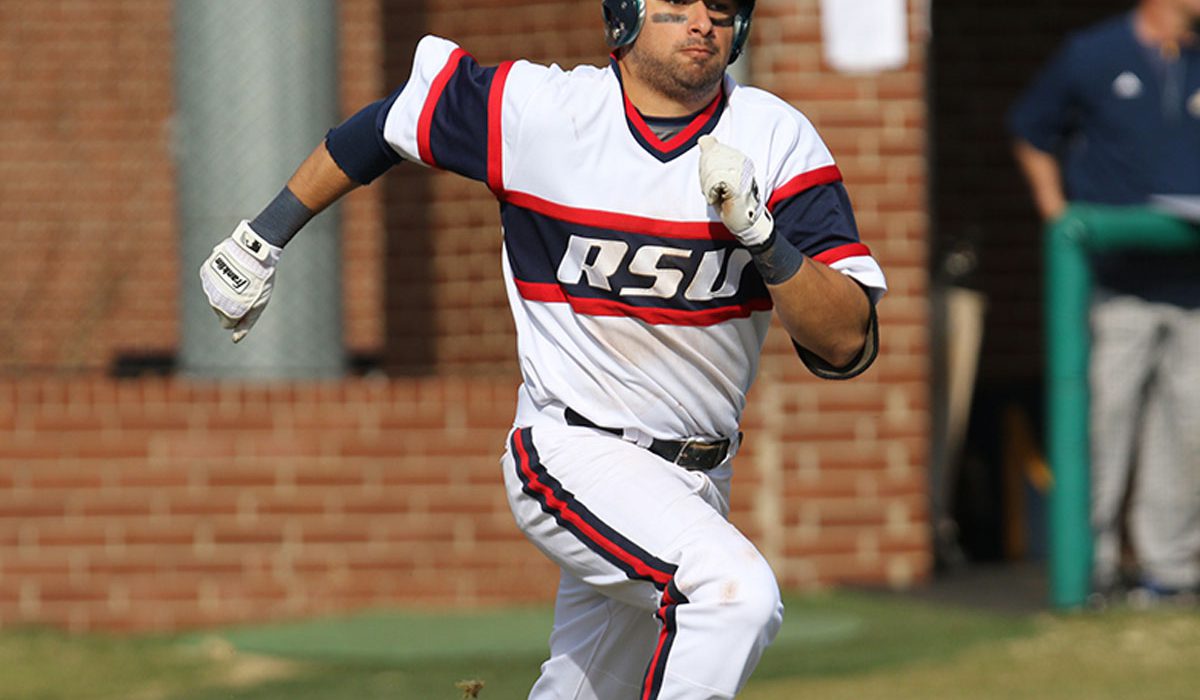 DURANT – Rogers State baseball built a 7-0 lead, but host Southeastern Oklahoma State rallied with 11 late runs to defeat the Hillcats, 11-8, on Tuesday in nonconference action at the Ballpark in Durant. The Savage Storm snapped the Cats’ nine-game winning streak.

Ismael Orozco drove in all eight of the RSU runs with two home runs in consecutive at bats and an RBI single. The eight RBI match the RSU school record set by Bradley Degnan in the second game of the 2017 season when the Cats won 17-0 over Randall on Feb. 2.

The senior shortstop started his sizzling day with a home run in the fourth inning. After two walks put runners at the corners, Orozco hit a bomb to left field for an early 3-0 score.

Sam Davison began the fifth inning with a single to left, and after a walk from Bradley Degnan, RSU loaded the bases on a Jason Marley single to center. With the bases loaded, Orozco went yard again, hitting the grand slam shot to left field to increase the navy and red advantage to 7-0.

SE matched RSU with two home runs in the fifth inning to close the deficit to three at 7-4. Cameron Roberts hit a two-run homer to left, and Jake Perez added another two-run shot to left. The Savage Storm registered one more run in the inning with a sac fly for a 7-5 score.

An error allowed host SE to plate one run in the sixth inning to pull to within one at 7-6.

Orozco tallied his eighth RBI in the seventh inning with a single to center to score Degnan for an 8-6 score.

The Savage Storm used three runs in the seventh inning to take a slight 9-8 edge, their first lead of the game. With the bases loaded, SE plated the first run of the inning on a fielder’s choice. With a single to right field, the Savage Storm tied the score at 8-8. The game-winning run scored due to an error for the 9-8 score.

SE totaled two insurance runs in the eighth for the final 11-8 margin. Luke Thomas singled to center field to score Hunter Harrison. After Thomas stole two bags to reach third, he scored on a wild pitch to make it 11-8.

Orozco finished 3-for-5 at the plate with eight RBI. Marley was 2-for-4 with two runs scored.

The Hillcats (26-11) continue their road trip on Thursday and Friday at UA Fort Smith for a three-game Heartland Conference series in Fort Smith, Ark. The series starts with a doubleheader on Thursday at 3 p.m.