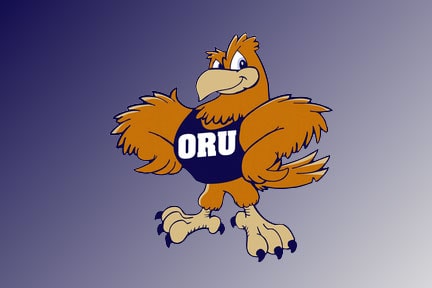 HUNTSVILLE, Texas – Oral Roberts University fell out of first place in the Southland Conference on Saturday afternoon with a 54-47 loss to Sam Houston State. ORU (7-9, 4-2 SLC) shot just 33.3% from the field in the loss.

Jaci Bigham led the Golden Eagles with 25 points on 10-for-22 shooting, but the rest of the ORU team was just 9-for-35 from the floor. Kevi Luper chipped in 10 points in the loss.

As a team, SHSU outrebounded the Golden Eagles, 54-36, including 23 offensive rebounds.

The loss drops ORU a game off the pace in the SLC standings.

Sam Houston took control of the contest with an 8-2 run late in the first half. Two Angela Beadle free throws at the 5:04 mark gave the Bearkats a 23-14 lead.

Bigham got ORU back in the game, scoring five straight points as part of a 7-0 half-closing run. The Golden Eagles went into the locker room down by just two points, 23-21.

ORU shot just 37.5% from the field in the first half and leaned heavily on Bigham, who had 14 points at the break.

ORU immediately tied the game at the start of the second half, with Luper scoring on the first possession, but the momentum did not last. The Bearkats scored 11 of the next 14 points, capped by a Beadle deuce, to take a 34-26 lead with 16:16 left to play.

The Golden Eagles continued to rally but never could get over the hump. Misti Cussen’s team cut the deficit to three points on numerous occasions, including a Bigham basket with :44 left that cut the gap to 50-47. But ORU did not score again, and lost for the first time in four games.

ORU returns home to start a season-long four-game home stand on Thursday, January 24, when they host Lamar, which sits at 5-1 in league play. Tipoff at the Mabee Center is scheduled for 5 pm CT.

Rob Walden is the Assistant Director of Media Relations at Oral Roberts University.