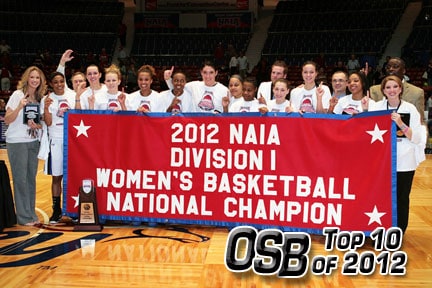 For the sixth time in school history, the OCU women’s basketball team finished at the top in NAIA.  The No. 1 Stars went 35-1 and defeated No. 2 Union 69-48 in the championship game in Frankfort, Ky.

Oklahoma City won its last 21 games of the season.  The Stars also avenged their only loss of the season, beating Lubbock Christian not only in the regular season, but also with a 30-point drubbing in the national semifinal.

Two OCU players made the all-tournament first team: Taylor Booze and Lauren Gober.  Booze had 20 points in the win over Union and was also named the tournament’s Most Outstanding Player.