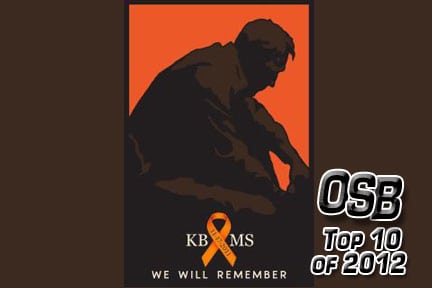 Oklahoma State was one of only two teams to end the 2011-2012 season with a win (the other was national champion Baylor), taking home the Women’s National Invitational Tournament championship.

It was a season that was marked by the tragedy.  A plane crash on Nov. 17, 2011, took the lives of head coach Kurt Budke, assistant coach Miranda Serna, and pilot Olin Branstetter, and his wife Paula.

Then assistant coach Jim Littell took over and led the Cowgirls to a 22-12 season and his team honored those who had died, not only through the season, but also through the tournament run.