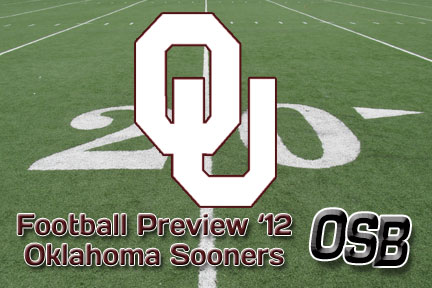 The return of Mike Stoops as the Sooners’ defensive coordinator has the fan base hoping that the defense can eliminate some of the big plays allowed last year.  The defense played great at times last season against Florida State and Kansas State, but looked confused and out of place against Texas Tech and Baylor.  Stoops will be bringing in a simpler scheme this year to try and cut down on mental mistakes and focus more on play making.  Hopefully the Sooners can become that swarming, aggressive defense that was a staple during Stoops’ first stent as Oklahoma’s DC.

The secondary will be anchored by returning starters Demontre Hurst and Tony Jefferson.  Mike Stoops will be depending on these two to help cut down on the big plays that occurred all too often last season.  Aaron Colvin will be moving from safety back to his more natural position of corner.  Javon Harris, now a senior, took most of the heat for the debacle in Waco last year.  Harris’ enters the season with something to prove and we look for this talented secondary to finally have a break through year.

Tom Wort will return as the middle linebacker and should take up right where he left off last year.  His attacking style has helped him make a name for himself in the Big 12 but it has also left him banged up on a regular basis.  Corey Nelson will be the other returning starter amongst the linebackers. Nelson is very versatile as a linebacker.  He has great speed and was used on occasion last year in a defensive end roll.  Joseph Ibiloye will be starting for the first time this year in a hybrid role.  He has the speed to move out and cover a slot receiver but is also great in run support.  The Sooner linebacking crew is built for speed and in the Big 12 that’s just what you need to survive.

With the recent suspension of Stacy McGee, the Sooners are now left looking for leadership in one of the most vital defensive positions on the field.  They will need Casey Walker and Jamarkus McFarland to step up at the defensive tackle positions. We could even see David King moving down to the tackle on more frequent basis.

Defensive end R.J. Washington may be finally finding his stride.  The five star recruit has had trouble finding playing time until late last year.  He seemed to emerge as a dominate player late in the season and even registered two sacks in the Insight Bowl.  If King is forced to play a bigger roll at defensive tackle then look for Chuka Ndulue to be starting opposite of Washington.