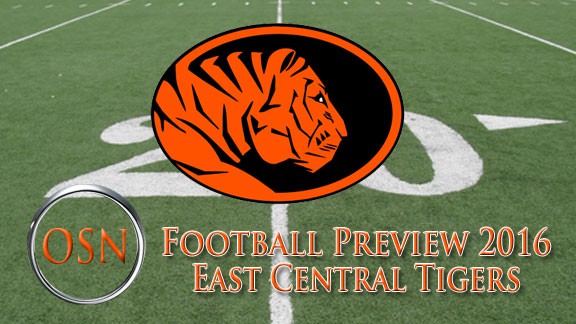 For the fifth consecutive year, the Tigers finished at .500 or better. But you have to look back to 2011 to find a season with more than six wins. ECU is looking to push beyond that in 2016. To do so will mean that new players will be stepping up, as many of the 20 seniors from the 2015 team played significant roles.

Tigers fans will see the third different starting quarterback in three years. Last year’s backup quarterback, sophomore Jackson Lamb, will be competing with five other players when camp starts to try to take the starting QB role. Sophomore Tre’Von Jackson and senior Seth Handley each had a number of carries in 2015 and each gained at least 5.0 yards per carry, and were second and third in rushing for the Tigers. David Moore will once again draw tough coverage as a star receiver. Moore was an All-American and First Team All-GAC in ’15, recording 1,097 receiving yards and 13 receiving TDs. Senior Garrett Johnson and junior Ryder McCaskill will be called upon to perform and help fill the spaces left behind by some big offensive linemen that graduated.

The top five tacklers from ’15 have graduated. Juniors Rodrick Moore, Andre Shelton and Josh Morgan bring starting experience to the defensive line while senior Gumaro Murphy had 7.5 tackles-for-loss last year. Senior Lexus Jackson, who had a pair of interceptions last year and is one of the leading tacklers returning, is the only upperclassman back at linebacker. The secondary senior Mariano Dillard at the corners and senior Dar-ray Jubilee at safety, who saw significant time in 2015.

Senior Trevor Hunt came in late to get some kicking work in. Senior backup quarterback Jarod Haynes is the only player on the roster with college punting experience. Sophomore Trinity Benson saw the most of the kick return work last year in his first season, while Moore and junior Dezmon Jackson also returned kicks.

East Central was the only team to beat GAC champion Henderson State during the regular season, and that win was in Arkadelphia, starting a four-game winning streak. But the Tigers dropped off after that, losing four of their last six and all of those losses were on the road. ECU opens on the road at Ouachita before it hosts Henderson State. It’s a front-loaded schedule, but four of the final six contests are at Koi Ishto Stadium. The offense will be called upon to not only put up points, but also stay on the field more in the second half. Six wins is definitely within reach again in 2016, but the Tigers want more.