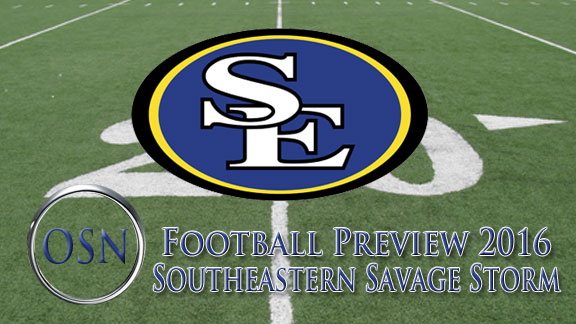 Since Atterberry’s arrival in 2014, the Storm has been blowing with increased intensity. Each of the last two seasons have had records greater than .500 and SE went to a bowl game in ’14. The roster is more Atterberry’s in this his third year and there could be new names and faces coming to the forefront as the year goes on.

Senior C.B. Cantwell is the only returner from 2015 with college experience at the quarterback spot and should get the nod to start the year.  SE returns three running backs capable of breaking out this year. Along with sophomore Kieron Hardrick, seniors Ronnie Green and Devlon Wortham (2013 GAC Freshman of the Year) both have a number of starts to their credit. Kaymon Farmer is a senior and leading returning receiver from last year, while junior tight end Bryce Steele can come up with big possessions. The offensive line that gave up only 16 sacks last year brings back junior Garrett Westphal.

Sione Taufehema leads the way for the defensive line. Seniors Trent Hannah and All-GAC performer Nicholas Sierra return on the outside as linebackers, as well as Kevin Jones on the inside, who finished last season strong. And senior Raheem Wilson, also All-GAC in 2015, who led the team in interceptions (5) and pass breakups (10) in ’15, will be a big factor on defense.

Senior Jake Walters and sophomore Joel Carlos will split time with kickoff and kicking duties, respectively.  And Farmer, Green and others will have the opportunity to vie for return duty.

It will be tough to knock some of the preseason favorites in the conference, but the Storm have been right on the cusp of just that recently. The schedule has a tough start with Henderson State and Ouachita to open the season, but if Southeastern can pick up a win or two to start, it could provide a momentum on which to ride from there on. The Storm seem likely to earn a winning record again in 2016, with an opportunity finish high in the GAC.