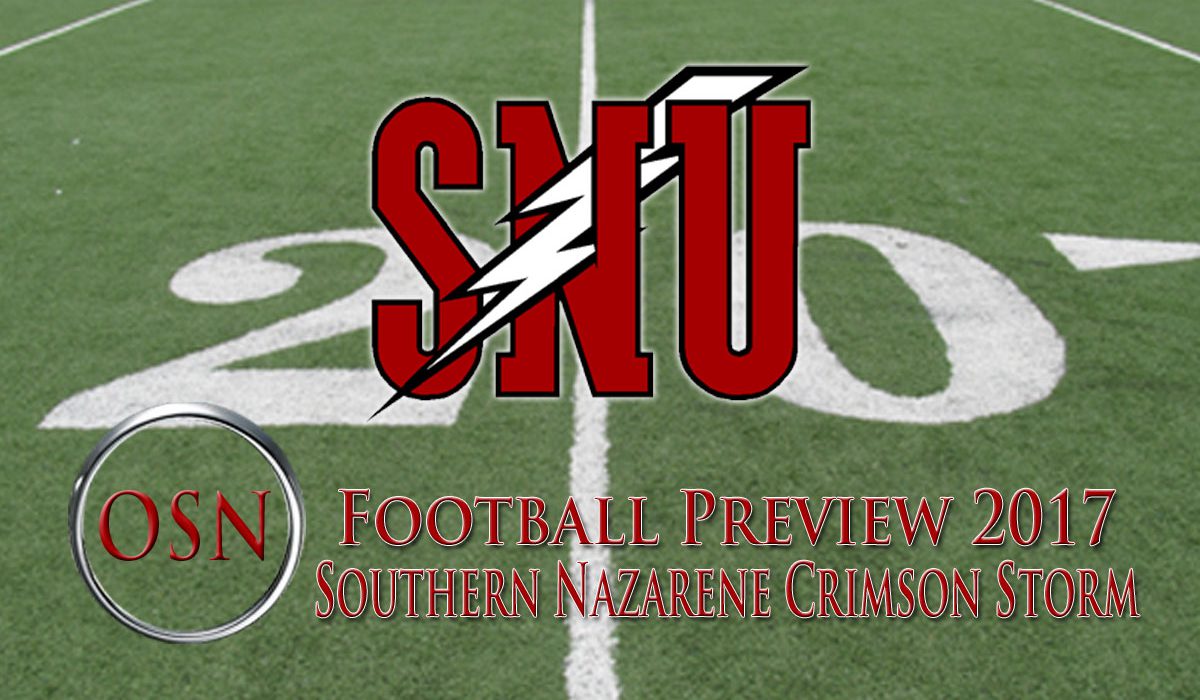 The Crimson Storm have struggled since the transition to Division II, but have increased the win total in each of the last two seasons. And heading into 2017, there will be a little more stability as, for the first time in three seasons, there will not be a new man at the helm. Coach Andy Lambert said the basic idea will be the same, but with improvements.
“Hopefully, it’s a better version of what we had last year, just some different moving parts,” Lambert said.

The Crimson Storm returns the leading passer and rusher in the same person in junior quarterback Jacob Spady. But there was competition at the QB spot with junior transfer Jackson Hopking and Lambert said he expects more good competition in the fall. Spady is a dual threat quarterback, and although he connected on more than 51 percent of his passes last season, he won’t be seeing many familiar faces, as junior tight end Reece Carlson, who led the team in receptions and receiving TDs, is the only one of the top six receivers returning from last season. Seniors Jacob Aguilar, Will House and Emilio Primera should anchor the offensive line.

The defense spent a lot of time on the field in 2016 and there was a lot of youth involved. Lambert noted that as the season went on, there were times when seven true freshman could be seen on the field at a time. And while his priority is to build his program based on speed, but he also said he believes the experience can be valuable.
“I think the experience will bode well for us, but again, you just have to see how they will develop over the summer,” Lambert said.
SNU returns its two leading tacklers from last season in sophomore Noah Wells and junior Breyon Jackson, both defensive backs. The Crimson Storm will hope the leading tacklers in 2017 will come from a little closer to the line. Junior Myles Roll should step up at the linebacker spot with seniors Coalton Knox and Marin Biletic bringing experience back on the D-line.

Junior Carlos Anguiano is 10-for-12 on field goal attempts in two years with the Crimson Storm. He could factor well for SNU in late game situations this season.

Really, it seems that things can only get better for the Storm. With the offensive and defensive schemes now in place for more than a year and much-needed experience now gained, the Storm can be more aggressive on both sides of the ball. There may still be some distance between the Storm and a GAC title, but expect SNU to be competitive and once again improve the win total from the previous season.