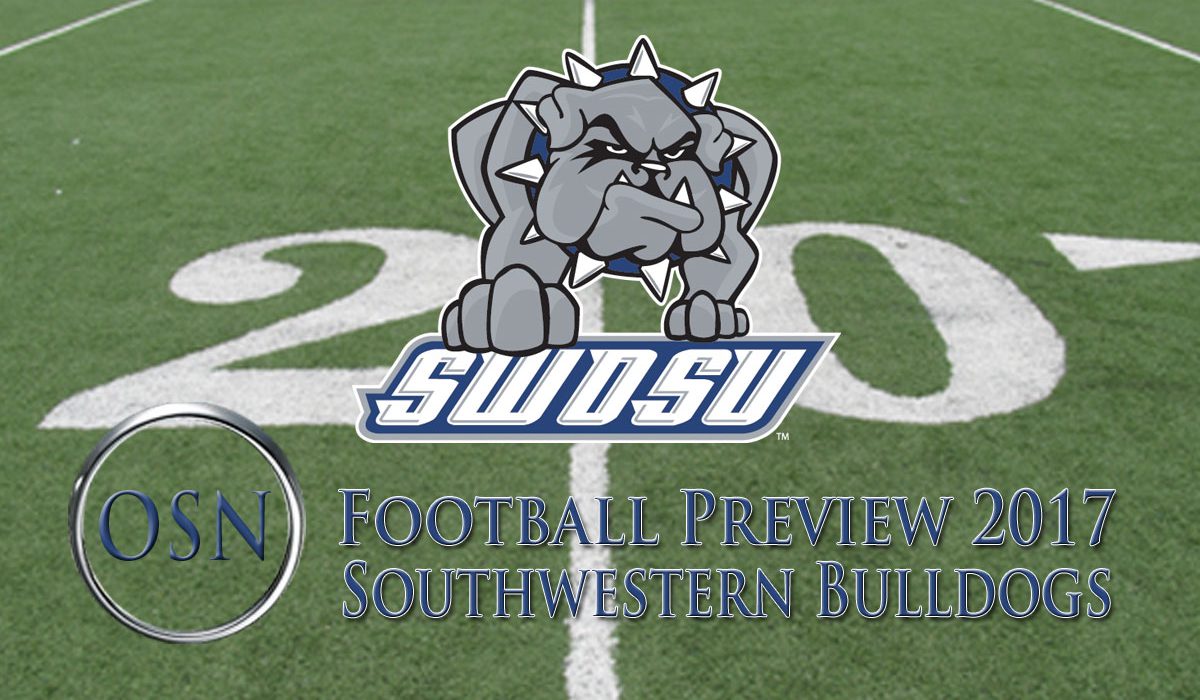 There were ups and downs in 2016, which proved to be a middle-of-the-road type of season for the Bulldogs. Five wins (all against in-state opponents as SWOSU swept its Oklahoma rivals) and six losses (SWOSU didn’t win a game against a team from outside the Sooner State’s borders). Everything about the season seemed to be a little of this and little of that: 30 points per game on offense, giving up 29 points per game on defense; 23 passing touchdowns, 23 rushing touchdowns; no major statistical anomalies good or bad – in other words, it was about a .500 season.

If the Bulldogs are going to step out of the middle of the pack in 2017, they are going to have to do so with new pieces in the offensive puzzle, as big time players like D.J. Jones (now with the Edmonton Eskimoes) have moved on. Senior running back Karltrell Henderson will have the chance to shine in the backfield, after a near 1,000-yard season in ’16. And there should be a solid battle in camp for to take the reins at the QB spot, according to Cocannouer. between senior transfer Joel Blumenthal (Deer Creek) and sophomore Casey Freeman (Newcastle). And the entire offensive line – all six players that had starts in 2016 – is back for 2017, which includes all-conference performers Garrett Luke and Kevin Blessing, Jr..

“I was so pleased with our defense in spring football,” Cocannouer said. “I think Coach Gibson and his staff did as far as getting the guys who we had hoped to step up.”
The Bulldogs defensive strength starts at the linebacker position with senior Austin Loomis, a three-year starter. Dustin Johnson should be an anchor on the line at the defensive end position and Tyler Follis is back for his senior season to bring more skill to the D-line. And SWOSU graduated much of the experience in the secondary, but does return senior B.J. Kellogg, who started the final six games of last season and had an interception and a team-high seven pass breakups.

Punter Dalton Jackson did not have a great year in 2016, but that means there is only room for improvement in his senior year. He may have kicking duties as well, or could get help from freshman Paul Moore. Additionally, the Bulldogs will need to find someone to step into the shoes of D.J. Jones in the return game, and those are big shoes to fill.

Whoever comes out of the mix to take the quarterback spot will have the opportunity to really make a mark of this team. And he should have a solid running game with which to work, as Henderson looks to make the most of not splitting as much of the carries as he did with Kenneth Martey in 2016. It may be a season in which the Bulldogs have to a lot of points on the board, but that is commonplace in the GAC. SWOSU has the potential to top the .500 mark and compete in the upper half of league to get back to the postseason.