OSN Poll – Which Oklahoma team will go the furthest in the D-II National Championships Festival? 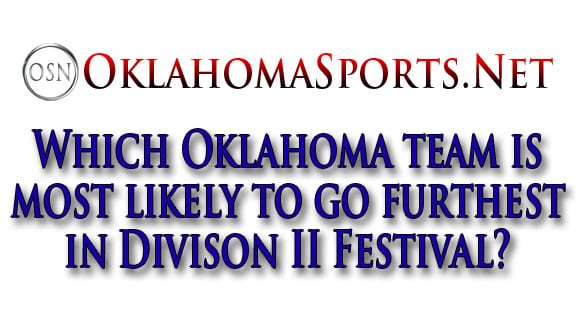 The NCAA Division II National Championships Festival gets underway on Monday in Denver. Six sports will crown champions over the course of the week. The tournaments to be concluded are in: Men’s Golf, Women’s Golf, Softball, Men’s Tennis, Women’s Tennis and Women’s Lacrosse.

Oklahoma has eight teams spread throughout the tournaments. Which team is likely to go the furthest in the week?

Which Oklahoma team will go the farthest in the 2016 D-II National Championships Festival?