OU’s Hield taken with No. 6 pick by Pelicans 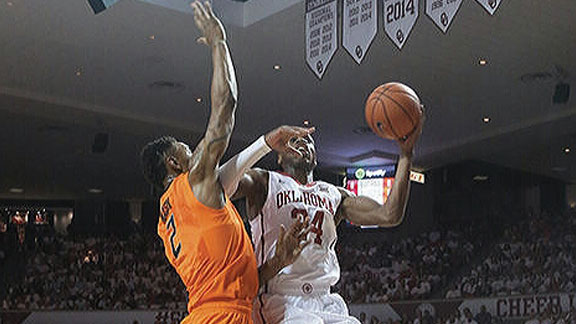 Buddy Hield didn’t have to wait too long to learn his NBA destination.

The Sooner superstar was taken with the sixth overall pick in the 2016 NBA Draft by the New Orleans Pelicans on Thursday.

Hield becomes the ninth Oklahoma player to be taken in the first round of the NBA Draft.

“I’m just thankful that God blessed me with this moment, a moment I could share with my family,” Hield said on the national broadcast of the draft, immediately following his selection. OU coach Lon Kruger and members of Hield’s family, including his mother were in attendance.

Hield led Oklahoma back to the NCAA Final Four in his senior season and finished his career with 2,291 points, 661 rebounds and 254 assists. He also won the 2016 Naismith Trophy given to the national top college basketball player.