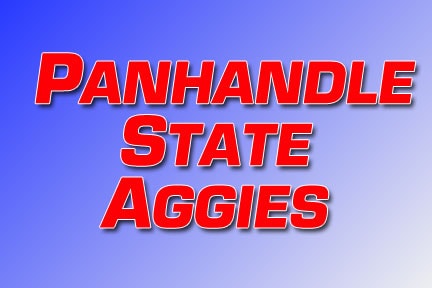 The temperature in Goodwell, Okla., usually stays hot into September and that’s not likely to change this year.  Like many D-II schools, OPSU plays its September games in the evening to make the experience a little more pleasant for players and fans alike.

The Aggies’ games under the lights may be the easier ones in 2011.

OPSU has four games in September before an open date on Oct. 1.  All are against D-II opponents, but those teams had a combined record of 15-29 in 2010.  Only NSU had a winning record (6-5) last season.

Then the “conference” games begin.  The Aggies hold membership in the Division II’s Heartland Conference.  However, of the eight member schools, only OPSU has a football program.  For scheduling purposes, the Aggies play teams from the Central States Football League each season.  The six other CSFL teams compete on the NAIA level.

Panhandle State has fared well lately against the CSFL teams, going 7-5 in the last two seasons.

The Aggies go on the road to Langston on Oct. 8 to open the conference slate.  The Lions have gotten the best of the Aggies in the last outings, including a double overtime loss in 2009.

The two toughest contests following that will both be played in Goodwell.  Southern Nazarene goes to Carl Wooten Field on Oct. 29, and Northwestern plays there on Nov. 5.

OPSU ends the regular season in Muskogee against Bacone.