Patterson rushes into the future 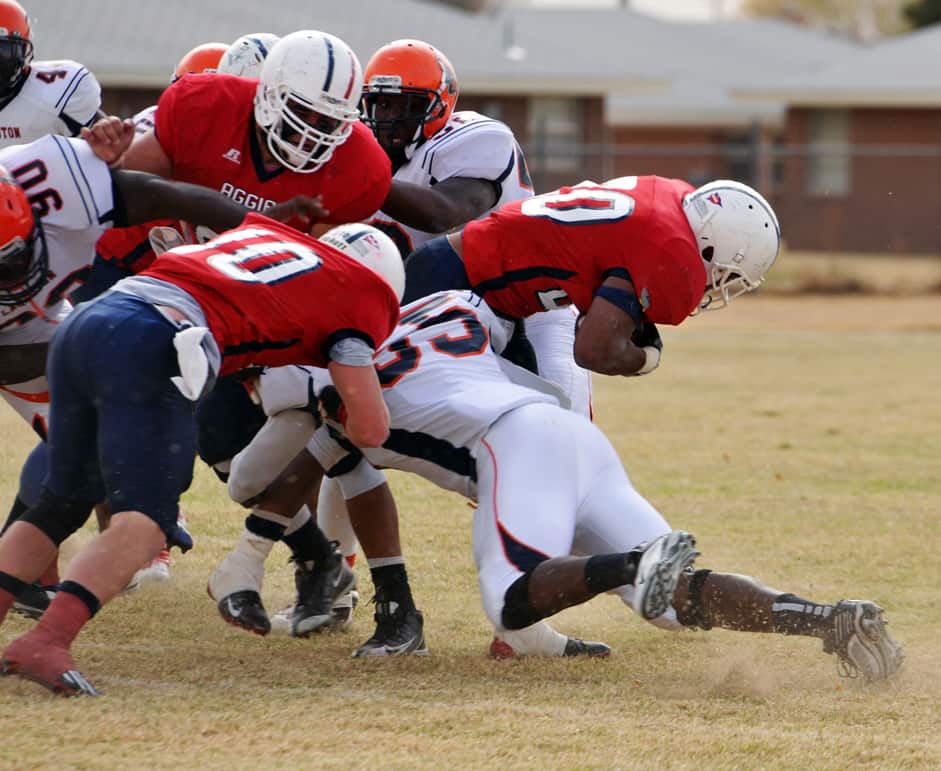 GOODWELL – Going into the final football game of the 2012 season, senior Aggie running back Justice Patterson needed 60 more yards to reach 1,000 yards rushing for the season.

In the second quarter of the Nov. 10 game against Langston, Patterson hit the mark with a 12-yard run and went on to gain a total of 75 yards on 21 carries. The dependable senior also landed in the end zone a total of 10 times during the 2012 season.

The Santa Clara, Calif. native had a breakout game in last year’s Aggie win at home over Northwestern Oklahoma State University as he netted 172 yards rushing during that game, over half of his 317-yard total for the year. He recalled that “everything about that game was exciting.”

Maybe too exciting, as that day the howling wind stopped play as officials removed tumbleweeds from the field. In that contest, Patterson earned a school record with a 96-yard touchdown run and also scored the game winning TD with 13 seconds left in the game.

The young man’s mother, Malika Patterson, played volleyball and basketball at Sonoma State, and Justice actually got to watch her play. He credits her with his success on the gridiron. He played Pop Warner when he was young and when the going got tough, she told him he couldn’t quit. In fact, Patterson said he always remembers, “Things are never as bad as they seem.”

Several of his teammates at Foothill Junior College in Los Altos Hills, Calif., had transferred to OPSU to play football including Doug Williams, Nick Collins, Joe Middleton and Michael Cole. Patterson actually transferred to Utah State, but an injury kept him sidelined and in order to keep playing, he made the move to OPSU to have a chance to play once again with his friends. He not only capitalized on that chance on the field, he also got the job done in the classroom. He will graduate in May with a degree in psychology and plans to return home to begin a career in fire protection.

Justice said, “I just love football, and even during the rough times when we got in trouble, we were one big family.” The informal ambassador recommends OPSU to others, encouraging them to get away from big cities and all of the distractions to come to Goodwell to focus on school and football.

While he is pleased with football success, he said, “I’m proud I was smart enough to use football to get a degree.”