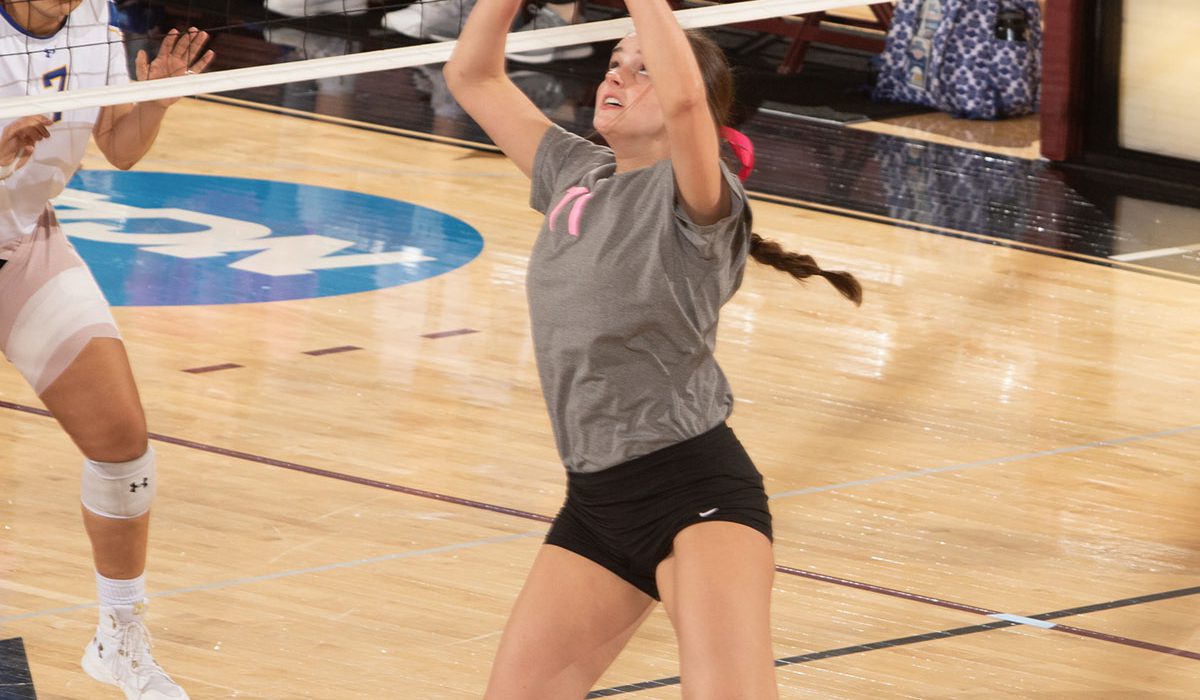 BETHANY – The Southern Nazarene volleyball team got a terrific all-around effort as they powered past the Southeastern Savage Storm in straight sets on Thursday evening to clinch a spot in the GAC Tournament on their home floor.

The Crimson Storm celebrated their annual Dig Pink match with raffles, bake sales, a photo booth, and more importantly, a win thanks to following a game plan to perfection while getting numerous player involved.

Dawning their gray uniforms with pink numbers, the Crimson Storm used that pink power to rush out to a 5-1 lead in the early part of the first set. SNU was relentless, eventually pushing that lead out to 14-6 as they eventually cruised to a 25-15 win in set one. The Crimson Storm hit .314 in the set including 14 kills to only three errors. SNU also held Southeastern to a .146 hitting percentage and six errors.

The second set proved to be the toughest test for SNU as neither side built a lead larger than three throughout the set. The Savage Storm were desperately looking for a spark after the tough first set and gave the Crimson Storm all they could handle throughout the set, eventually taking a 23-22 lead late. SNU responded by following their game plan and forcing Southeastern into three straight errors to take the set 25-23 and all the momentum into the third set.

And carry the momentum they did as Southern Nazarene used a six point rally early to take a commanding 8-2 lead. In the blink of an eye that lead jumped to 12-4 before eventually exploding to 21-7. SNU held the Savage Storm to -.023 hitting in the third set as they closed the set and the match with a 25-14 win.

Defensively, freshman Logan Matthews had 15 digs while Turang added 10 and Smith picked up nine. Turang and senior Makenna Hunter had four blocks each in the contest.

Southern Nazarene goes to 16-14 overall and 8-6 in the GAC. They have two more games remaining in the regular season as they go back on the road on Tuesday for a 7 p.m. match up against Southwestern Oklahoma State.