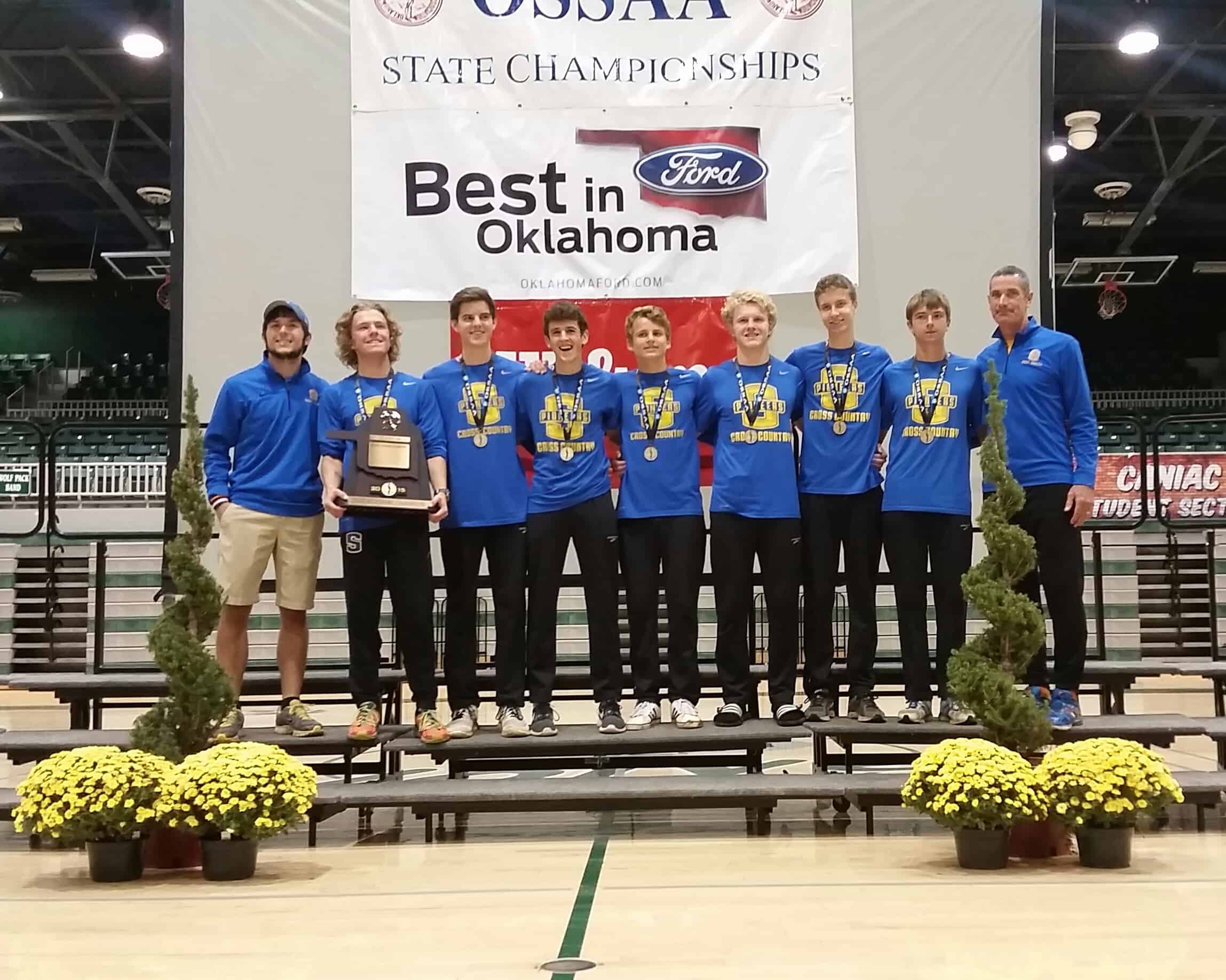 EDMOND – There is more to being successful than being athletic.

The Pioneers accumulated a GPA average of 3.982 to win the championship. Six of the seven boys have a 4.0.

The win marks the second time senior Jay Ogle has been a part of an academic championship team.

“My freshman year, we won academic state champs,” Ogle said. “We didn’t win my sophomore or junior year, so to bring this back home my senior year definitely means a lot.”

Ogle said it is important for the team to excel in cross-country and academics.

“We try to be top 10 athletically, but especially to Stillwater High School, it’s a huge deal that we put the grades first,” Ogle said. “Stillwater has a really long history of getting academic state championships, so we’re known for our smart athletes. We just do our best to keep that tradition running.”

Coach David Crynes said he is glad the boys get the recognition they deserve for their hard work.

“It shows the quality of the kids that we have,” Crynes said. “The way they calculate that is the kids that run at regionals, but we had 10 or 12 kids that if they would’ve been on that regional team it would have been the same result.”

Focusing on school and sports at the same time is not an easy task. To be successful in both, athletes have to manage their time well.

Ogle said he has always struggled with time management because he is involved in a lot of extracurricular activities, but because cross-country is a class at Stillwater, the boys are afforded time other schools might not have to get their homework done.

“Our fourth [class] is cross-country,” Ogle said. “We get out at 4 [p.m.], which is the end of the school day, and we can go straight home and do our homework.”

Junior John Saunders said no matter what anyone on the team does in athletics, how they do in school will follow them for the rest of their lives.

“If you don’t do good in academics now, you’re not going to have anything later on,” Saunders said.