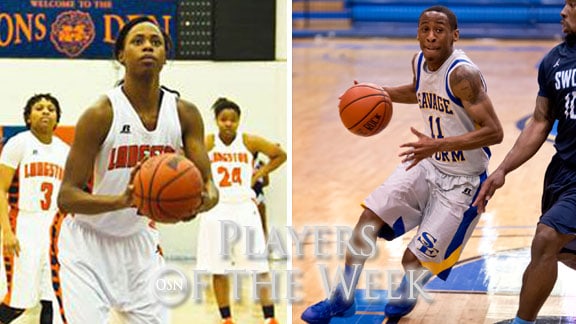 This week’s players of the week are Lynette Holmes, Langston, and Taylor Smaller, SOSU.

Most teams were able to get in one game this week, due to the weather. Holmes made the most of hers. She had a double-double of 33 points and 11 rebounds in the Lady Lions’ win over Jarvis Christian.

Southeastern needed a win to clinch a berth in the GAC tournament and Smaller had a huge night to lead his team to a win over rival East Central on Thursday. He had 36 points, shooting 8-of-16 from behind the arc, and logged six rebounds and four assists. His follow-up was a 27-point performance, with five rebounds and six assists, at Southwestern in a win in the Storm’s season finale.