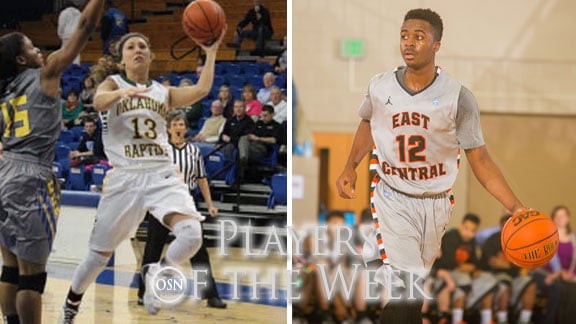 This week’s Players of the Week are Charity Fowler, OBU, and Stirling Thomas, ECU.

Fowler averaged 26.3 points and 7.7 rebounds over three games in the SAC Tournament, but the Lady Bison lost in the championship to OCU. She scored 35 points and went 4-of-7 from long range and 7-of-8 from the free throw line in a semifinal win over Wayland Baptist.

Thomas scored in double figures in all three games as ECU played through the GAC Tournament into the title game, where the Tigers fell to Arkansas Teach. Thomas averaged 16.3 ppg and had a double-double in the final with 27 points and 10 boards.