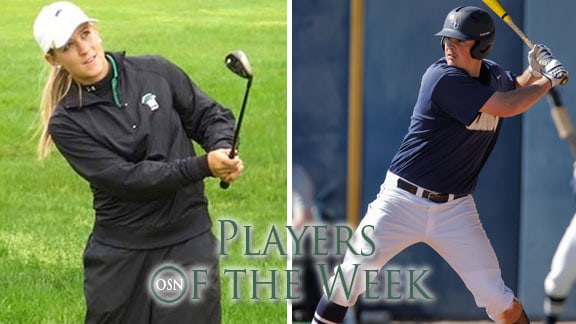 Price competed as an individual at the NCAA Division II National Tournament in Allendale, Michigan, this week. She finished 15th overall and closed out her week well with a 1-over 73 on Saturday. Price is the fourth NSU women’s golfer to finish in the top 15 at the NCAA Championship and the first to do so since 2006.

The senior helped his team to a sweep of Western Illinois to close out the regular season. Sequeira hit 6-for-11 during the series and went 4-for-5 in the finale with a home run. He had another homer in the game before and finished the season with 10.
Suqueira was also named a semifinalist for the Jon Olerud Two-Way Player Award, which honors the nation’s best player both on the mound and at the plate.