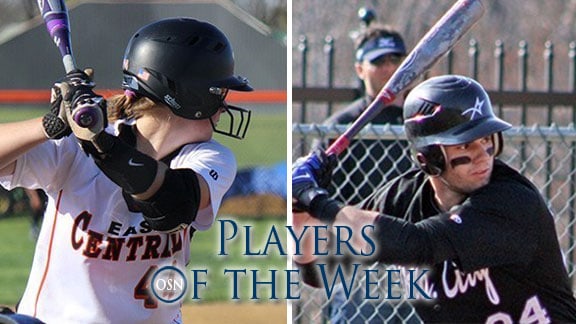 This week’s Players of the Week are Samantha McGraw, East Central, and Connor Lynch, Oklahoma City.

McGraw had a solid regional for her team as the Tigers made it to the Central region championship. The senior hit 4-for-9 in her final three games for ECU. She hit a home run and brought in four in a 5-1 win over Winona State and ended her career with a 2-for-3 morning against host school Augustana.

Sometimes it’s all about timing. Lynch started the SAC Tournament strong going 7-for-12 in the first three games with three RBIs. He hit only 2-for-11 in the last three contests in the tournament, but one of those was a ninth inning grand slam to give OCU a two-run lead in the top of the inning it would hold over rival OBU in the championship game.