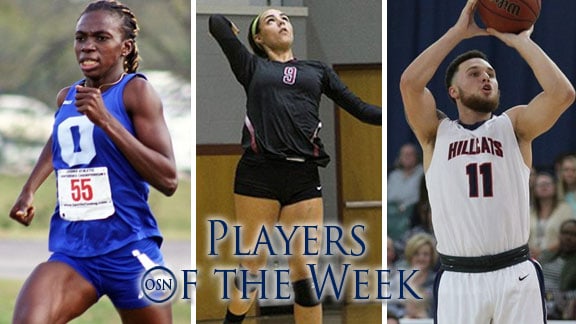 Olowora became the first women’s cross country runner to win an individual national title last week and set a record in the process. She won the 5K race with a time of 16:24.28, the fastest time ever in an NAIA Women’s Championship. Olowora finished 17 seconds ahead of second place and helped her team to a fifth place finish overall.

The Crimson Storm swept its way through the Great American Conference volleyball tournament. The senior libero won the tournament MVP with a performance that included 63 digs in nine sets (7.0 per set). Bell also set the pace for a win over SWOSU in the semifinal with five service aces in the first two sets.

Hester shot only from behind the arc in a win against Bacone and made 9-of-13. He also made both free throws attempted and helped his team to a win with 29 points, four rebounds and two assists. The Hillcats went 2-0 on the week.