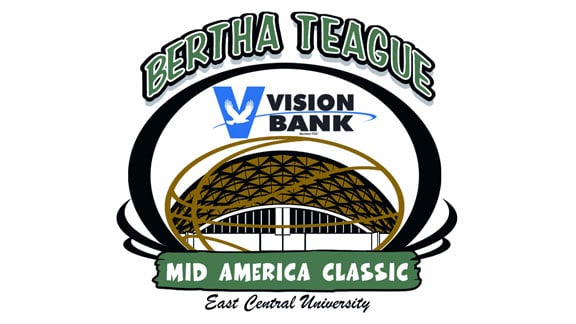 It was a tale of two halves, but Preston got the better of the second half and avenged its loss to Alva in the 2014 Class 2A state championship game.

The Lady Pirates earned a 66-48 win over the Ladybugs in the winners’ bracket semifinals of the Bertha Frank Teague Mid-America Classic in primetime on Tuesday evening.

Alva (5-1) jumped quickly with a 5-0 lead on a jumper by Whitney Randell and three-pointer by Tatum Rouse. The Ladybugs led through most of the remainder of the first half and by as many as 10 late in the first quarter.

But Preston (6-2) crept back into it and Madisyn McFalls’ shot with five seconds left until the intermission put her team on top at the half. The momentum carried over and Preston did not look back.

Aiyonna Tecumseh had a couple three-pointers in the third and the Lady Pirates built the lead up to as many as 16. They scored eight of the 22 points in the period off Alva turnovers.

Ki-Essence Shields led the way with a game-high 29 points, while Tecumseh had 15.

Randell scored 18 for the Ladybugs and Jaden Hobbs was held to just 14.

It will be a battle of Lady Pirates in the championship game as Preston will meet Dale, who handed Class 3A Washington its first loss of the year.

Dale had three players in double figures, led by 17 points from Dani Manning, to advance with a 53-41 victory.

The championship game is set to tip at 8 p.m. on Wednesday in the Kerr Activities Center on the campus of East Central University in Ada.